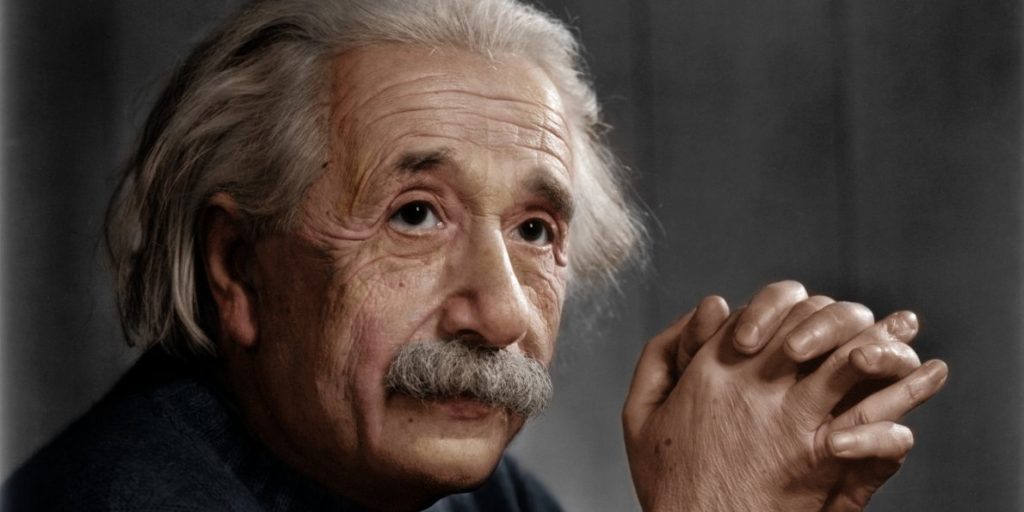 Albert Einstein was born on March 14th, 1879, in the city of Ulm, then part of the Kingdom of Wurttemberg.

He was born fat and with a big head. He didn’t talk for a long time, and his parents thought something was wrong.

When he finally talked, he spoke very slowly, repeating his words over and over again.

Until he was 9, he talked to himself a lot, and people thought he was strange, slow and dull. At School, he was slow to answer so teachers assumed he was just an average student but he marvelled at his first scientific experience, like how his father’s compass always pointed north.

“That is the way to learn the most, that when you are doing something with such enjoyment that you don’t notice that the time passes.”

He struggled with the harsh rules, mindless obedience and authoritarian discipline of German schools. He hated how he was only taught to memorize and that creative and independent thinking was punished.

He developed a distrust of authority, always questioning his teachers and their methods. He began to tutor himself outside of school, teaching himself geometry at 12 and writing his first scientific paper at 16.

“Blind belief in authority is the greatest enemy of truth.”

He failed to get into a new school to study physics and studied a full year to retake to examination.

He didn’t like school, rarely went to class, and used his friends to pass his exams.

The ordeal was so terrible he lost interest in science for a whole year because of his poor attendance and attitude, his professors didn’t give him job recommendations so he had trouble finding work when he graduated.

He went back to live with his family, who had lost all their money and looked to him for help. All he really wanted was to start a career in physics.

“Never give up on what you really want to do. The person with big dreams is more powerful than one with all the facts.”

Albert sent letters to scientists begging for work but was only able to get temporary teaching positions and then, not even those, and he was forced to work as a tutor to a young boy instead.

The next job he found was in another country, so he moved to be an office clerk in Switzerland. Which had nothing to do with his passion for science?

However, he found that the job was the perfect fit because he could do his work quickly and spend the rest of his time pursuing his science. He spent the next three years working non-stop.

1905 is called his “Miracle Year“ when a patent clerk published 4 articles that revolutionized science forever. Albert Einstein went on to win the Nobel Prize in Physics and was also widely respected for his humanitarian work.

He is considered one of the smartest and most influential people to have ever lived, and remind us that the only limits to the pursuit of dreams in our own imagination.

“Imagination is more important than knowledge. Knowledge is limited. Imagination encircles the world.”