Home » Aside » The Bandra–Worli Sea Link 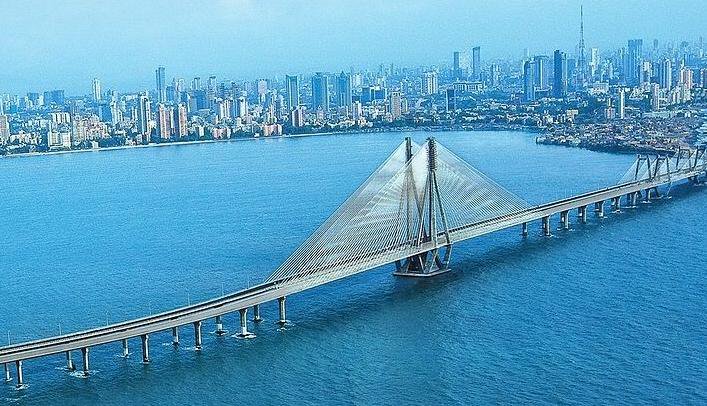 The Bandra–Worli Sea Link, officially called Rajiv Gandhi Sea Link, is a cable-stayed bridge with pre-stressed concrete steel viaducts on either side that links Bandra in the Western Suburbs of Mumbai with Worli in South Mumbai.

The bridge is a part of the proposed Western Freeway that will link the Western Suburbs to Nariman Point in Mumbai's main business district.

The ₹16 billion (US$240 million) bridge was commissioned by the Maharashtra State Road Development Corporation (MSRDC), and built by the Hindustan Construction Company.

Surveys of the seabed under the planned route were conducted before the bridge design commenced. The marine geology underneath the bridge consists of basalts, volcanic tuffs and breccias with some inter trappean deposits.