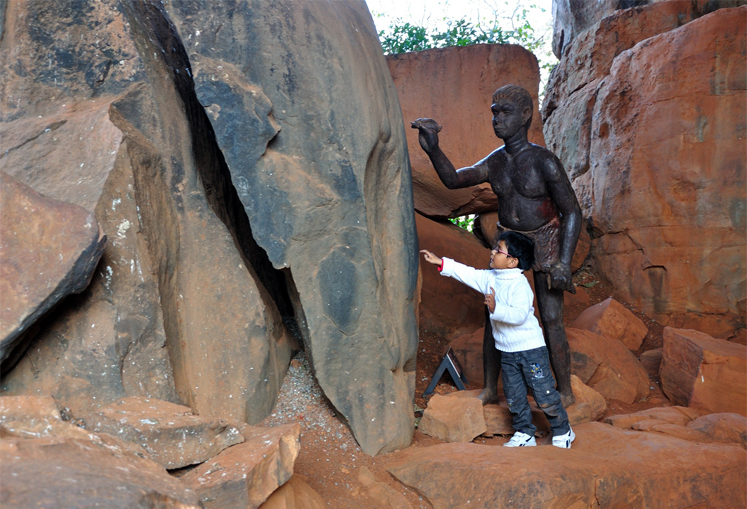 Bhopal, the capital of Madhya Pradesh, situated around two artificial lakes, was built on the site of a 11th century city, 'Bhojapal', founded by the legendary king, Raja Bhoja.

Bhopal is famous for the UNESCO World heritage site named Bhimbetka – the rock shelters which is believed to be the early evidence of Stone Age rock paintings.

The Rock Shelters of Bhimbetka are in the foothills of the Vindhyan Mountains on the southern edge of the central Indian plateau.

The Rock Shelters of Bhimbetka are located about 45 km south-east of Bhopal on the road to Hoshangabad.

The site spread over 10 km in length and about 3 km in width has more than 700 rock shelters, of which over 400 have paintings.