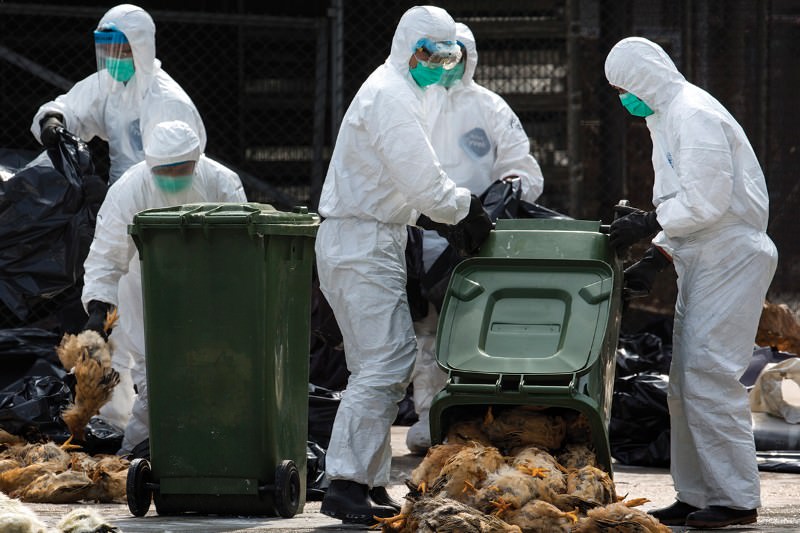 Most avian influenza viruses do not infect humans; however some, such as A (H5N1) and A (H7N9), have caused serious infections in people.

Outbreaks of AI in poultry may raise global public health concerns due to their effect on poultry populations, their potential to cause serious disease in people, and their pandemic potential.

The majority of human cases of A (H5N1) and A (H7N9) infection have been associated with direct or indirect contact with infected live or dead poultry.

Controlling the disease in animals is the first step in decreasing risks to humans.

Avian influenza (AI) is an infectious viral disease of birds (especially wild water fowl such as ducks and geese), often causing no apparent signs of illness. AI viruses can sometimes spread to domestic poultry and cause large-scale outbreaks of serious disease.