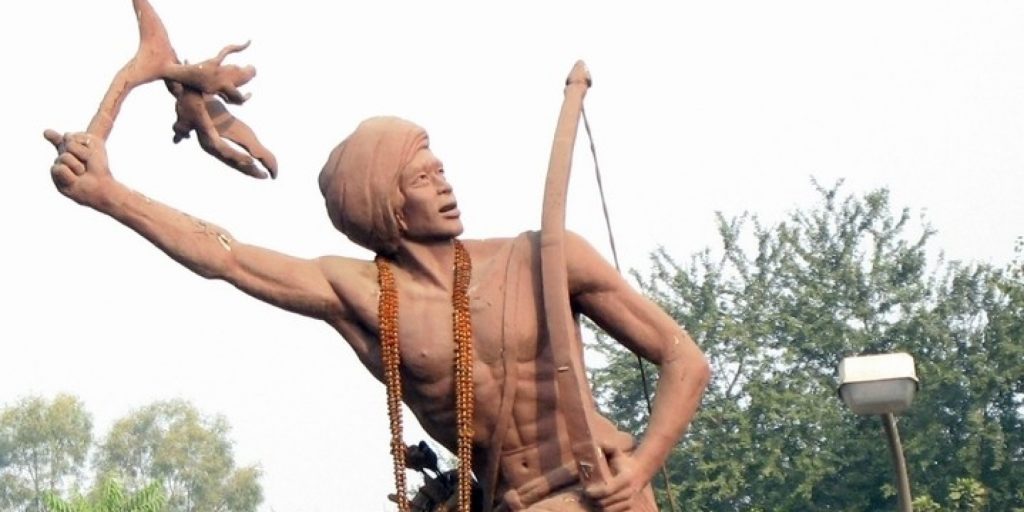 Birsa Munda was a great tribal leader and a folk hero, belonging to the Munda Adivasi who was behind the Millenarian movement that rose in the tribal belt of Jharkhand during the British Raj, in the late 19th century making him an important figure in the history of the Indian independence movement.

Birsa Munda is named with great respect as one of the freedom fighters in the Indian struggle for independence against British colonialism. His achievements in the freedom struggle become even greater considering he accomplished this before his 25th year.

Birsa's devotion to his people was such that he was almost revered as God by his followers. By the time he was in his 20s, his activities in the tribal areas of Jharkhand state  had already begun to worry the British establishment to a considerable extent. He was finally caught by the British on 3 February 1900 when he was only 25 years old. He died soon afterwards in mysterious circumstances on 9 June 1900 in Ranchi Jail.

Birsa Munda (also known to his followers as Birsa Bhagwan) was born at Bamba in a suburb of Ranchi (Bihar) on 15 November 1875.

Nearly 116 years after he died in a Ranchi jail during British rule, the government in Jharkhand had decided to unchain tribal legend Birsa Munda — “with immediate effect”.

Chief Minister of Jharkhand, Raghubar Das had ordered that all statues in the state that show Munda in chains — the widely depicted pose that symbolises his struggle for freedom — be replaced with those that show him to be free. According to the Chief Minister, “The statue (or picture) depicting Birsa Munda in chains denoted bondage and was a negative influence on the youth,”

One of the most famous landmarks in memory of the tribal leader is at the Birsa Munda Chowk in Ranchi, almost a km from the State Assembly, where a statue depicts him wearing a turban and a dhoti, his hands in chains.

Many pictures and statues show him in chains, some depict him holding a bow and arrows. One of the possible reasons could be that the British photographed him in chains after arresting him and that picture became the reference point for artists.