Home » Aside » The Boeing C-17 Globemaster 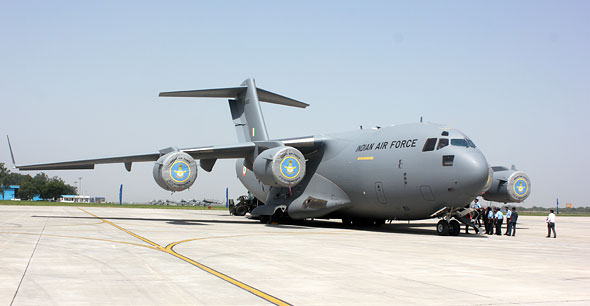 The Boeing C-17 Globemaster III is a large military transport aircraft. It was developed for the United States Air Force (USAF) from the 1980s to the early 1990s by McDonnell Douglas.

The aircraft provides strategic airlift and the ability to deploy special forces, such as during national emergencies.

They are operated in diverse terrain – from Himalayan air bases in North India at 13,000 ft (4,000 m) to Indian Ocean bases in South India. The C-17s are based at Hindon Air Force Station and are operated by No. 81 Squadron IAF Skylords.