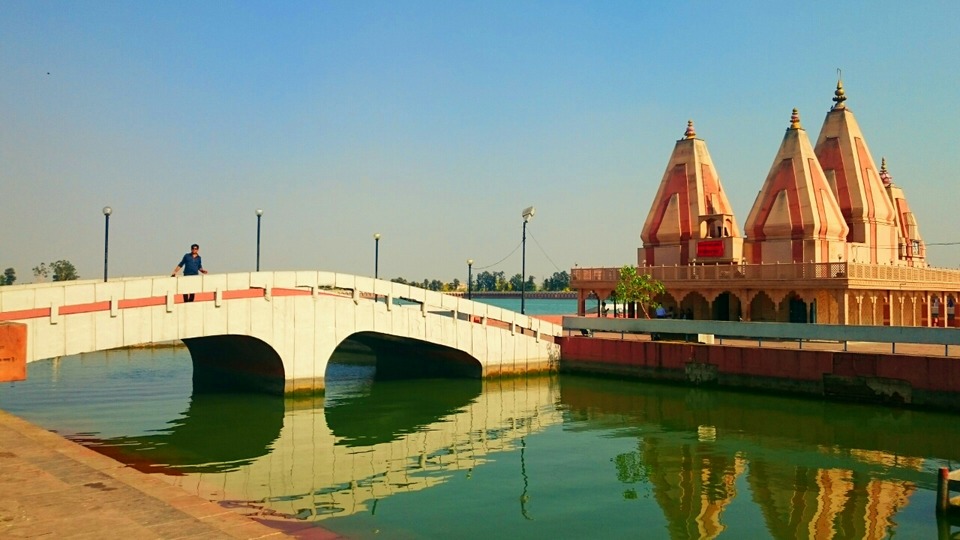 Brahma Sarovar is a Holy pond, located in Kurukshetra, Haryana, which is 1800 feet long and 1400 feet broad and according to Hindu Mythology, it is believed to be created by the creator of this Universe Lord Brahma.

The Sarovar has a mention in Mahabharata, citing its use by Duryodhana as a place for hiding himself under water on the concluding day of the war apart from being mentioned in the eleventh century AD memoirs of Al Beruni, called Kitab-ul-Hind.

Every year lacs of people come to take a holy bath at Brahma Sarovar on the occasion of "Somavati Amavasya" (Sacred No-Moon Day that happens on a Monday) and on Sun-eclipse and is believed that bath in holy Sarovar free from all sins and cycle of birth-death.

A sacred shrine dedicated to Lord Shiva stands within the Sarovar, accessible by a small bridge. According to scriptures, bathing in this Sarovar increases the sanctity of performing the ‘ashvamedh yajna’.

One of the most delightful occasions is the Gita Jayanti celebrations,  held in the last week of November or the first week of December at Brahma Sarovar.