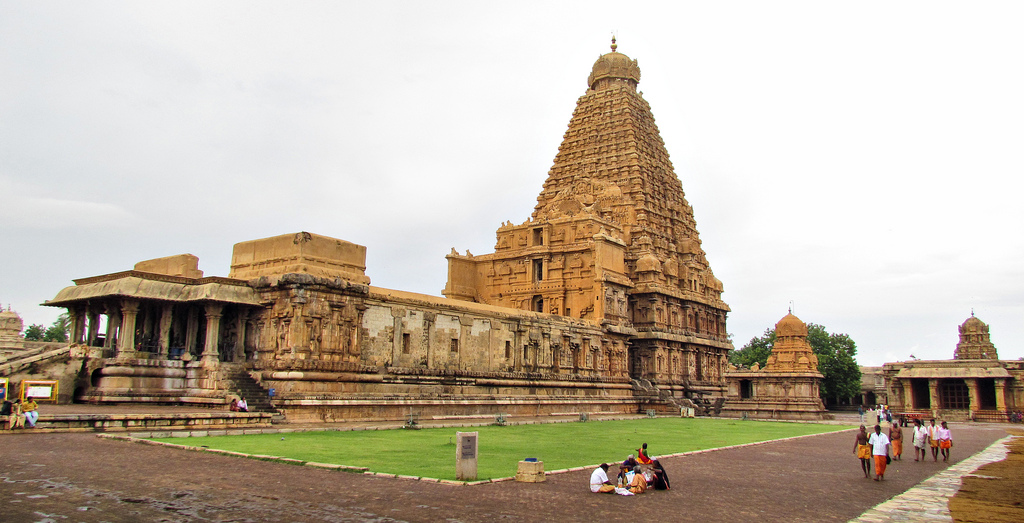 How did these heavy rocks come here?

Wondering how they managed to place the single stone on top of the Gopuram?

To the top of the temple tower, they made a ramp of around 6 kilometres long. Elephants, horses, bulls and labourers together carried the stone.

The other fascinating thing about the place is the Nandi. Even the Nandi was carved out of a single stone. It is 13 feet in height.