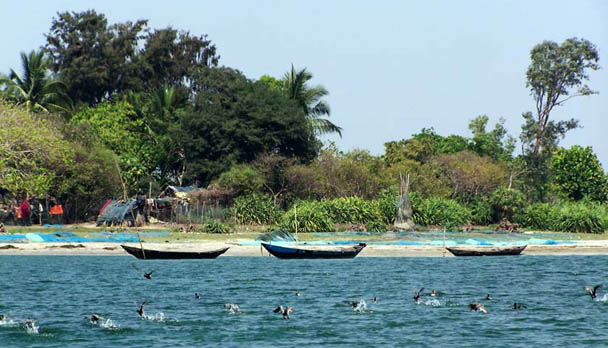 Chilika lake is a brackish water lagoon, spread over the Puri, Khurda and Ganjam districts of Odisha state on the east coast of India, at the mouth of the Daya River, flowing into the Bay of Bengal, covering an area of over 1,100 km2.

The lagoon hosts over 160 species of birds in the peak migratory season.

The highly productive chilika lagoon eco-system with its rich fishery resources sustains the livelihood for many fisher men who live in and near the Lagoon.

The lake is of estuarine character in an ephemeral environment. Chilika Lake is a shallow bar-built estuary with large areas of mudflats. The western and southern margins of the lake are fringed by the Eastern Ghats hill range.