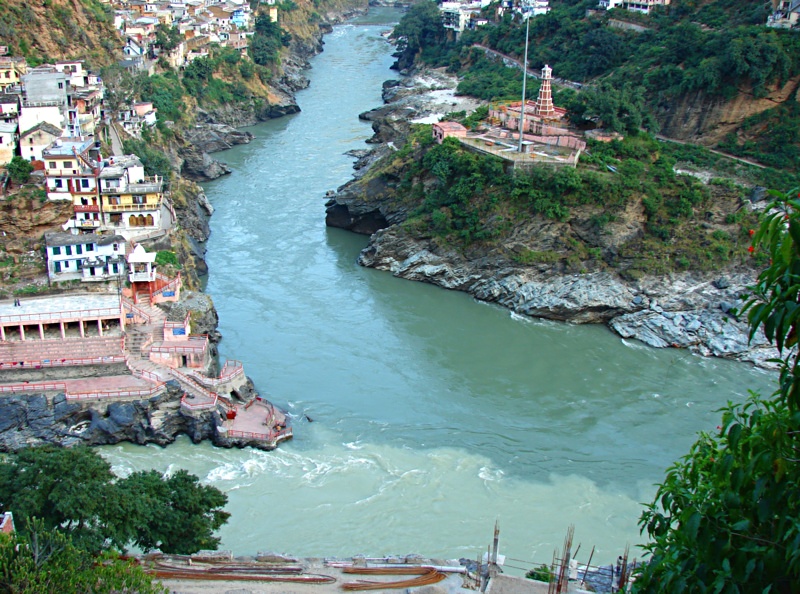 Devprayag  is a town and a nagar panchayat (municipality) in Tehri Garhwal district in the state of Uttarakhand, India, and is one of the Panch Prayag (five confluences) of Alaknanda River where Alaknanda and Bhagirathi rivers meet and take the name Ganga or Ganges River.

"Devaprayāga" means "Godly Confluence" in Sanskrit. As per Hindu scriptures, Devaprayaga is the sacred event of merging two heavenly rivers, Alakananda and Bhagirathi, to form the holy Ganges.

The Alaknanda rises at the confluence and feet of the Satopanth and Bhagirath Kharak glaciers in Uttarakhand near the border with Tibet.

The headwaters of the Bhagirathi are formed at Gaumukh, at the foot of the Gangotri glacier and Khatling glaciers in the Garhwal Himalaya. These two sacred rivers join to form the Ganges (Ganga) in Devprayag.

Devprayag is 70 km from Rishikesh. Devprayag has an average elevation of 830 metres (2,723 feet).