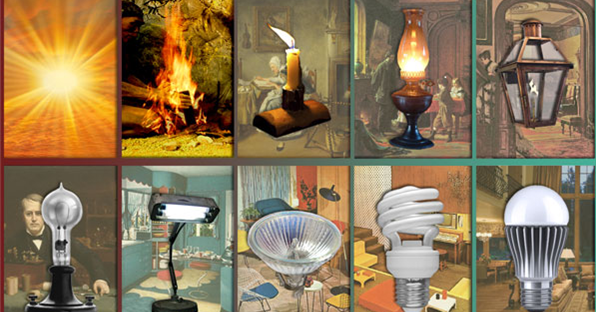 Introduction of Light:
The sun is by far our most important source of energy. Sunlight warms us, causes weather patterns, allows plants to manufacture oxygen and our food, from carbon dioxide and water and it allows us to find our way around in the daytime.

Illuminating the world after the sun went down, was a messy, arduous, hazardous task. Of course, mankind has found other sources of light over the course of history. Fire is obviously the earliest of these from the campfires of our cave-dwelling ancestors to the spirit lamps still used where there is no electricity. But electricity is the source of artificial light today, starting with the invention of the incandescent light by Joseph Swan and Thomas Edison and progressing via fluorescent lighting to modern light emitting diode (LED) light. 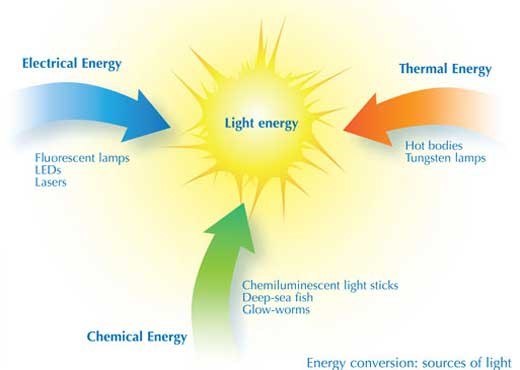 However, Conversion of different energy to electrical energy is a little complex. But science came to the rescue and the problem was resolved. Scientists designed different essential component in the process of making light that interconverts energy. Different types of lamps and lighting devices convert energy in different ways and with differing efficiencies. 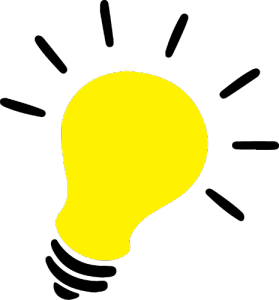 The first light bulb was the Tungsten lamp, in which electrical energy heats a filament to a white-hot glow; thus, thermal energy is converted into light energy. Light emission from the solid filament is a continuum and gives a visible spectrum, much like a rainbow. Unfortunately, the efficiency with which electrical energy is converted to visible light energy is only about 5-10%. This implies that the Tungsten bulbs consume too much energy.

In order to solve this problem, CFL or the Compact Fluorescent Bulbs came in. In this device, the electrical energy is converted into atomic excitation energy in the vapour of mercury atoms, inside a tube. In this case, the energy conversion efficiency is about twice than that of a Tungsten bulb; roughly at around 20%. However, the spectrum of light emitted by these lamps (when the electrons return to their non-excited state) is not continuous; instead, light is emitted at specific wavelengths and colours corresponding to the electrical energy levels of the mercury atoms. Household fluorescent tubes, therefore, have a coating of white phosphor inside, to convert this light emission into a more continuous spectrum. Replacing the mercury vapour with other gases, such as neon (which gives an orange light) or other inert gases, allows the production of many different coloured fluorescent lamps, used for luminous displays and signs (see image). Different phosphor coatings also change the colour of the light from the lamp.

CFL’s gained in popularity over bulbs in all over the world. It just because of the several advantages;

Although despite having a large number of benefits of CFL over the Tungsten lamps, it is banned in many European countries. This is because of the presence of mercury in CFL’s. Mercury is a toxic metal, and while it doesn’t pose any danger when the bulb is being used, it may be released if the bulb is broken, or if disposed of incorrectly.  Thus, disposing of fused CFL’s became an alarming topic. As a result, its use is banned in many countries conscious of the environmental hazards.

Phase out of incandescent light bulbs around the world

A program to exchange a number of light bulbs with more efficient types. 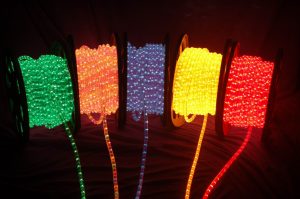 Electrical energy can be converted still more efficiently into light by light-emitting diodes (LEDs); electricity excites electrons in specially designed semiconductor layered structures to produce visible light, with a conversion efficiency of up to 35%. A LED (light-emitting diode) is a two-lead semiconductor light source. Its mechanism based on p–n junction diode, which emits light, when a suitable voltage is applied to the leads, electrons are able to recombine with electron holes within the device, releasing energy in the form of photons. This effect is called electroluminescence, and the colour of the light (corresponding to the energy of the photon) is determined by the energy band gap of the semiconductor.