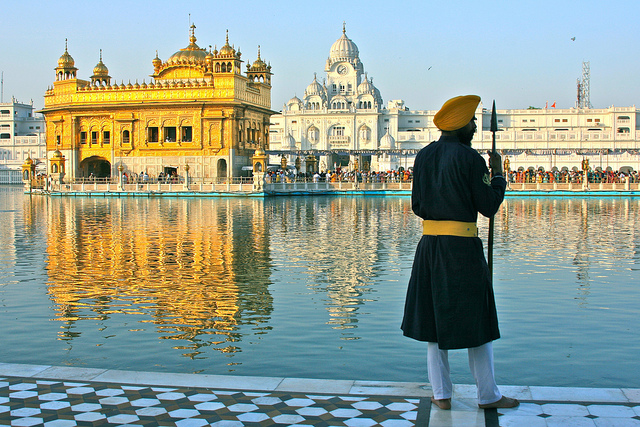 Sri Harmandir Sahib (The abode of God), also Sri Darbar Sahib and informally referred to as the "Golden Temple", is the holiest Gurdwara of Sikhism, located in the city of Amritsar, Punjab, India.

Amritsar (literally, the tank of nectar of immortality) was founded in 1577 by the fourth Sikh guru, Guru Ram Das.

Harmandir Sahib is home to the world's largest free kitchen. According to the Croatian Times, it can serve free food for up to 100,000 – 300,000 people every day.