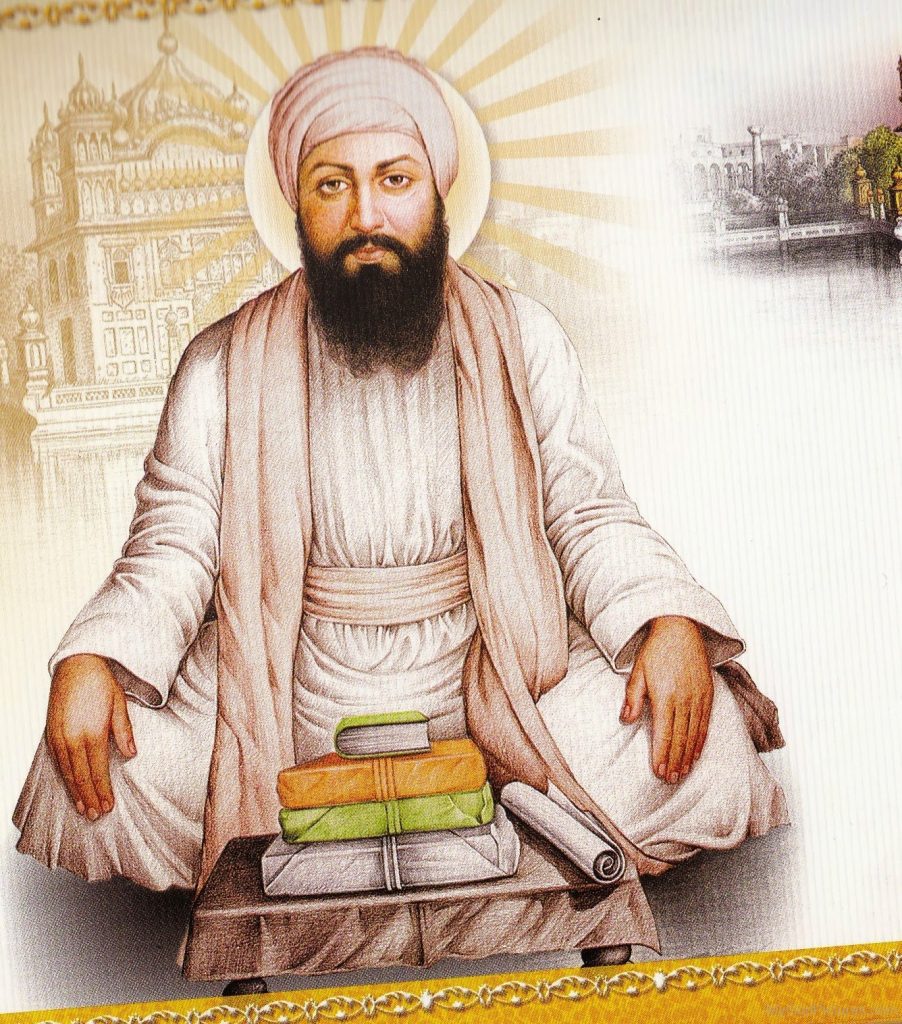 Guru Arjan Dev was the fifth of the ten Sikh Gurus, who compiled writings to create the eleventh, the living Guru, Guru Granth Sahib.

He followed the path of Guru Nanak, the founder of the Sikh Faith.

He started the construction of the temple at Amritsar and had its foundation stone laid by the reputed Muslim Sufi Saint, Mian Mir.

He built another tank and temple at Taran Taran. These temples had doors on all sides, indicating that these were open to all castes and communities.

The Guru had a well-organised central establishment which included the maintenance of a contingent of horses and elephants. He also encouraged his followers to trade in horses from Central Asia.

The Sikhs became good horsemen and formed the nucleus of military power later.

His son, Hargobind, started learning to wield the sword and hunting.

On behalf of the locals, Arjan Dev took up the cause of getting the excessive levy of land revenue reduced by then Emperor Akbar.

Arjan Dev got a new status. It was at this time that he was known by the Sikhs as "Sacha Patshah" (True Emperor).

He was also instrumental in driving consolidation of the religion through the compilation of the 'Adi Granth' as the sole and authentic scripture of the Sikhs.

The unique thing about this scripture is that besides the hymns of the five Gurus, it contains the hymns of Hindu and Muslim saints. The Adi Granth was formally installed at the Amritsar temple on the annual gathering of the Sikhs and was recognized as the Sikh scripture from the beginning. Emperor Akbar too made an offering of 51 gold coins to the Adi Granth. Its installation at the only Sikh temple constructed then by the Guru and the appointment of the most venerated Sikh as its Granthi (minister) show that it was meant to be the exclusive scripture of the Sikhs.

In the Guru Granth Sahib, no status or sanctity has been given to any gods, goddesses or avatars.

Contemporary saints like Mian Mir and Pir Budhu Shah, irrespective of religion and race, remained closely associated with the mission of the Gurus.

The Mughal Emperor Jahangir, and his courtiers did not like Arjan Dev's popularity with his followers amongst the Hindu as well as the Muslims and wanted him to embrace Islam. Guru Arjan was arrested when he refused. He was tortured and finally executed in 1606 CE.

His sacrifice further steeled the faith of the community in the mission of the Gurus.