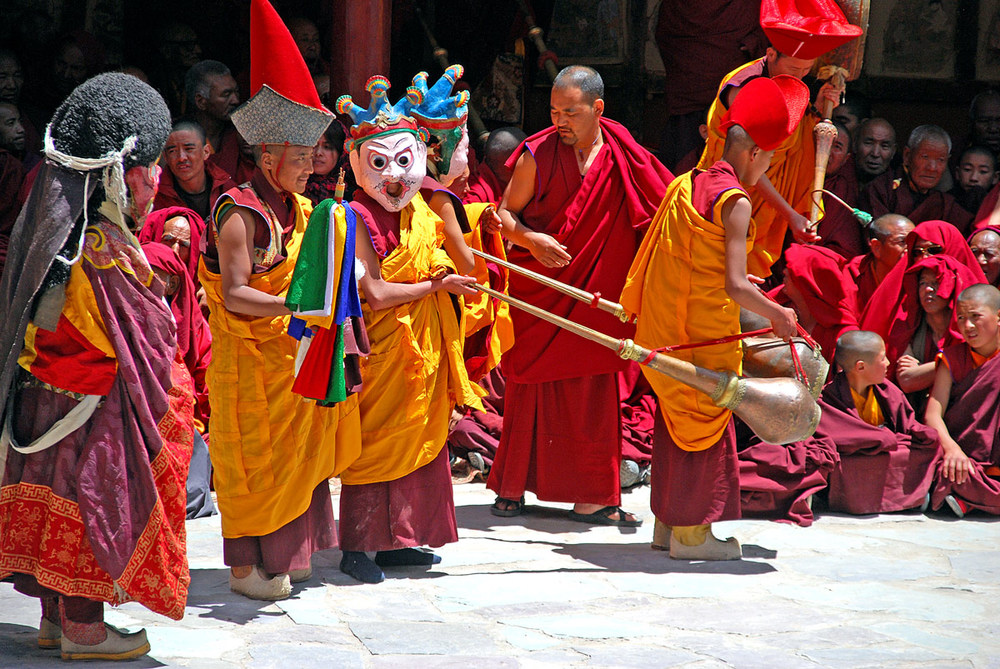 Ladakh, "land of high passes", is a region in Indian state of Jammu and Kashmir that currently extends from the Kunlun mountain range to the main Great Himalayas to the south, inhabited by people of Indo-Aryan and Tibetan descent.

It is one of the most sparsely populated regions in Jammu and Kashmir and its culture and history are closely related to that of Tibet.

Ladakh is a high altitude desert as the Himalayas create a rain shadow, generally denying entry to monsoon clouds. The main source of water is the winter snowfall on the mountains.

The fauna of Ladakh has much in common with that of Central Asia in general and that of the Tibetan Plateau in particular.

People of Dard descent predominate in Dras and Dha-Hanu areas. The residents of the Dha-Hanu area, known as Brokpa, are followers of Tibetan Buddhism and have preserved much of their original Dardic traditions and customs.

Ladakhi food has much in common with Tibetan food, the most prominent foods being thukpa (noodle soup) and tsampa, known in Ladakhi as ngampe (roasted barley flour).