Messi won an Olympic gold medal, along with the Argentinian football team, at the 2008 Olympic games in Beijing.

Messi inherited the No. 10 Barca jersey from another great footballer Ronaldinho in the summer of 2008. 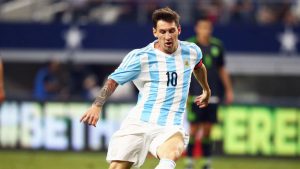