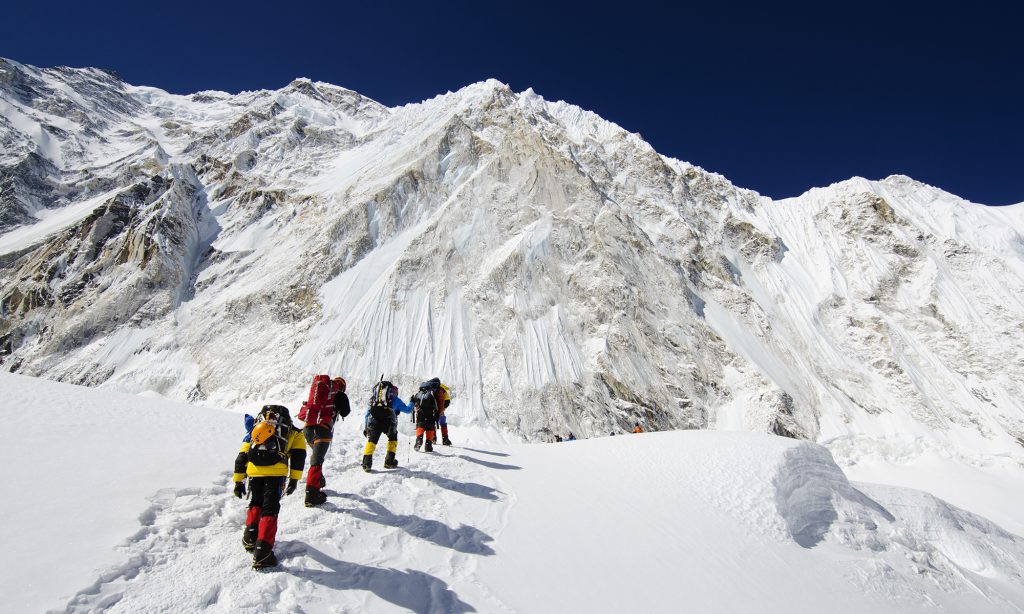 Mount Everest, also known in Nepal as Sagarmāthā and in China as Chomolungma is Earth's highest mountain.

Mount Everest is located in the Mahalangur mountain range in Nepal.

On May 29, 1953, Edmund Hillary and Tenzing Norgay completed the first confirmed ascent of Mount Everest.