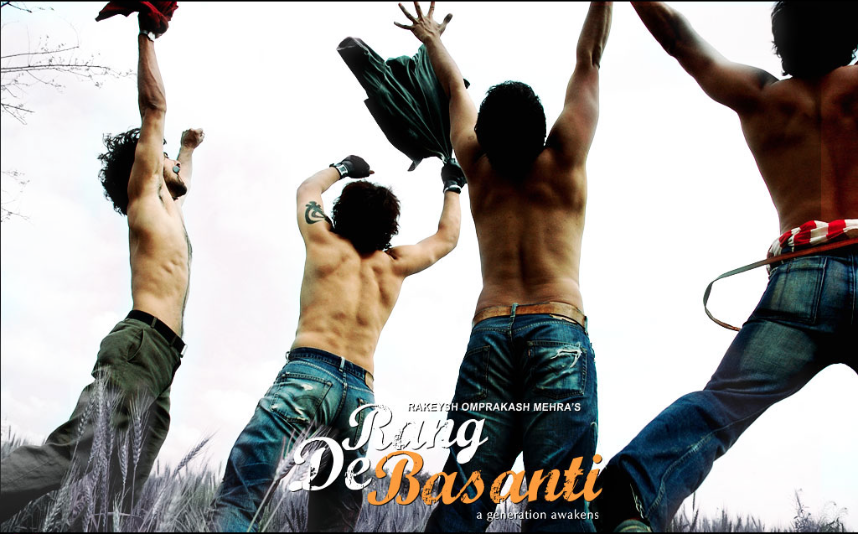 About a decade back, a movie was released that not only changed the face of Bollywood but enlightened the young minds in a way that had patriotism redefined.

With every generation, comes a new definition of patriotism. 'Rang De Basanti' became the epitome of modern patriotism for the youth which was trying to maintain a balance between globalisation and westernisation.

While it had a great impact on the society, the media dubbed it as 'the movie that became a moment'.

The film's writer, director and producer, Rakeysh Omprakash Mehra, took seven years to research and develop the story, including three to write the script.

During this time, he personally conducted a survey with a group of youths in New Delhi and Mumbai about the Indian revolutionaries he was planning on depicting, which indicated that many of youngsters did not recognize the names of some of the most prominent revolutionaries.

The film had a noticeable impact on Indian society. A study revealed significant increase in public ire towards government and politicians for constantly being mired in corruption and bureaucracy and their inefficiency in providing basic amenities.

Besides instigating political thought and discussions, it evoked social awakening for many. Youth activism took to streets to protest on public interest issues.

A direct impact was on the 1999 Jessica Lal Murder Case, one of the high-profile murder cases in India. A month after the film's release, a court acquitted the main accused because of inefficient prosecution and hostile witnesses. This sparked intense civil protests and media campaigns that sought his re-arrest.

Taking cue from the scene in which the protagonists hold a silent, candlelight vigil at New Delhi's India Gate, one such group of demonstrators carried out a similar rally to voice their protest.

Another such massive youth activism was seen in the Priyadarshini Mattoo rape and murder case where similar rallies were organized in India, United States and around the world.

Following the release of the film, another social outcry was against the introduction of reservations for socially backward classes in educational institutions. Young doctors and engineers joined hands in peaceful rallies in major cities across India.

Though the film was not released in the neighbouring Pakistan, it evoked similar reactions there. Inspired by the film, Pakistan's national newspaper, Jang, launched a television channel that was to focus on citizens' issues and support public awakening.