Home » Aside » How Preservatives Work and How They Affect Our Health

How Preservatives Work and How They Affect Our Health

Watching a football game with your buddies or going to the movies with your girlfriend, are things that you always cherish. The whole experience is even more enchanting if you get to have snacks to munch on during the event.

As a member of the ‘Watch-what-you-eat’ club, I would like to draw your attention to a very common snack, which is potato chips. It is also called wafers, crispies, chips depending on the geography you’re in. The packaging is attractive, needless to say, and often has very catchy names to it. Whenever you open the packet, you feel the release of some air from it. At higher altitudes, if you have noticed, these packets swell up and look as if they’re going to burst anytime.

Have you ever thought about what exactly is this air that is inside the packet of potato chips? Chances are that in our rush to devour the contents of the packet, we don’t pay heed to these things. But I’m sure if you get to know that this concerns your health, you would take notice.

Well… the gas that gushed out when you opened the packet of chips was Nitrogen. This is used to preserve the contents of the packet and prevent it from spoiling by oxidation. This increases the shelf life of the products. In the generic parlance, this is called a preservative.

What really is a preservative?

A preservative is a substance or a chemical that when added to products such as food, beverages, pharmaceutical drugs, paints, biological samples, cosmetics, wood, and many other products, prevent decomposition by microbial growth or by undesirable chemical changes.

Preservation can have used for many purposes. It may be used to preserve metal, dead cells, statues, food etc.

But here, we concern ourselves with only preservation of food and th 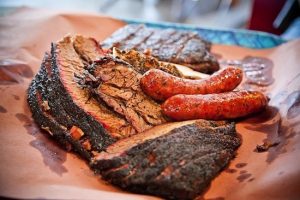 e preservatives used for this process.

Food preservatives have been used since prehistoric times. such as smoked meat (Smoked meat is a method of preserve red meat and fish), which has phenols and other chemicals that retard spoilage.

Preservatives can be grouped into three general types: Antimicrobials – that block growth of bacteria, molds or yeasts; Antioxidants that slow oxidation of fats and lipids that lead to rancidity, and a third type that fights enzymes that promote the natural ripening that occurs after fruits or vegetables are picked.

Antimicrobial preservatives: Antimicrobial preservatives prevent degradation by bacteria. This method is the most traditional and ancient type of preserving—ancient methods such as pickling and adding honey, prevent the growth of microorganisms by modifying the pH level. Benzoic acid, Sodium Benzoate used in acidic foods such as jams, salad dressings, juices, pickles, carbonated drinks, soy sauce etc.

Antioxidants: The oxidation process spoils most food, especially those with a high fat content. Fats quickly turn rancid when exposed to oxygen. Antioxidants prevent or inhibit the oxidation process. The most common antioxidant additives are Ascorbic acid (Vitamin C) and Ascorbates. Antioxidants that are commonly added to oils, cheese, and chips. Other antioxidants include the phenol derivatives BHA, BHT, TBHQ and Propyl Gallate. These agents suppress the formation of Hydro Peroxides.

The third group of preservatives attacks enzymes in food that causes fruits and vegetables to over-ripen after harvest. One enzyme, for example, causes apples and potatoes to turn brown soon after they are cut or peeled. Acids such as an Ascorbic acid (Vitamin C) and Citric Acid retard this process by making the pH level uncomfortably low for the enzyme.

Although preservatives have many benefit in the food industry but they have many side effects too which affect human health.

How Preservatives affect our health

The soft drinks that we often drink in parties and canteen have a preservative known as Brominated Vegetable Oil. Chemical companies normally use this ingredient, made from soybeans or corn, as a flame retardant, but its purpose in soft drinks is to stabilise the citrus oils from floating to the surface, giving the drink a cloudy appearance. In our body, it causes neurological and reproductive problems and skin lesions. 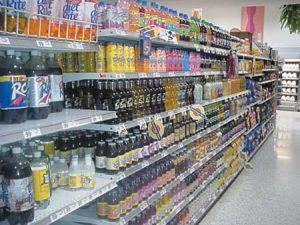 BHA, BHT, and TBHQ: These are found in fatty and oily foods like potato chips, butter, nuts, and snack foods.

What it is: Butylated Hydroxyanisole and Hydroxytoluene, two synthetically created chemicals, keep oils from quickly becoming rancid. They are used in many products, including animal feed, cosmetics, rubber products, food packaging, and petroleum products. BHT increased levels of hyperactivity in children.

How it can make you sick: When Sodium Benzoate combines with Vitamin C in foods, it creates Benzene; a carcinogen, that can potentially cause leukaemia and other forms of cancer. The risk, though low, does persist. Soft drink makers recently reformulated their fruit-flavored drinks to prevent this reaction, after a lawsuit was filed against them. Those with food allergies may also experience a negative reaction, asthma or hives after ingesting, and it may increase hyperactivity in children. said and done, not every preservative is harmful to health. We have preservatives that have been used from the ancient times and has not had any potentially harmful effect on humans. One of such preservatives is common salt (Sodium chloride). Salt is used for preserve pickles, meat, etc. What we need to watch nevertheless, is the amount of intake of such food. With our lives becoming hectic and all consuming, coupled with the proliferation of goods from all over, one seldom gets to consume fresh food and instead need to resort to packed food that may have been prepared sometime back, but preserved using such techniques.