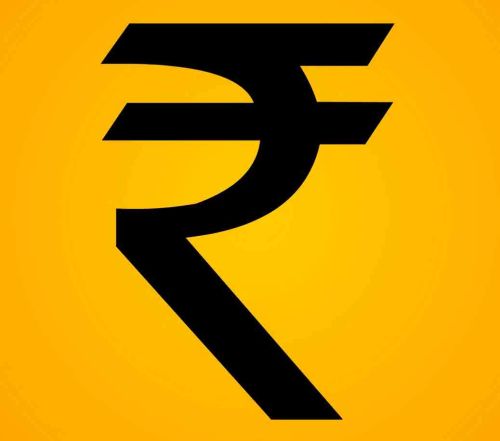 The Indian Rupee sign is an allegory of Indian ethos.

The symbol is an amalgam of Devanagari "Ra" and the Roman Capital "R" with two parallel horizontal stripes running at the top representing the national flag and also the "equal to" sign.

The symbol was conceptualised and designed by Udaya Kumar, a post graduate in Design from Indian Institute of Technology Bombay.