Sikkim was recognized as an independent nation till 1974.

The state is surrounded by Nepal, Tibet, Bhutan and West Bengal.

Sikkim is the only state in India where most of the people have their origin from a different country i.e. Nepal.

Sikkim is one of the most beautiful and clean state of India. Surrounded by mountains, adorned with rhododendrons, Sikkim offers a stunning view of the third highest mountain of the world, Kanchendzonga which is also known as K2. 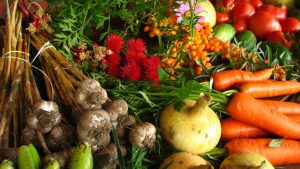 Sikkim is India's first fully organic state with its conversion of around 75,000 hectares of agricultural land into sustainable cultivation.

Every year during the summer an international Flower Festival is held in Sikkim. Exotic varieties of flowers, orchids and various other plants are displayed. The state is home to about 600 types of orchids and 240 species of trees and ferns. There are also 150 varieties of Gladioli and 46 types of Rhododendrons.

Bhum Chu is a special holy water ceremony which takes place in the Tashiding Monastery which is one of the most sacred monasteries of Sikkim. It is said that this ceremony forecasts the future of Sikkim.

Traditional paintings called Thangkas are religious scrolls which are hung in Buddhist houses and monasteries. Thangkas are believed to drive away evil spirits. So, they are considered sacred and auspicious. It is a unique piece of souvenir that one can get in Sikkim.