Home » Aside » The Golghar 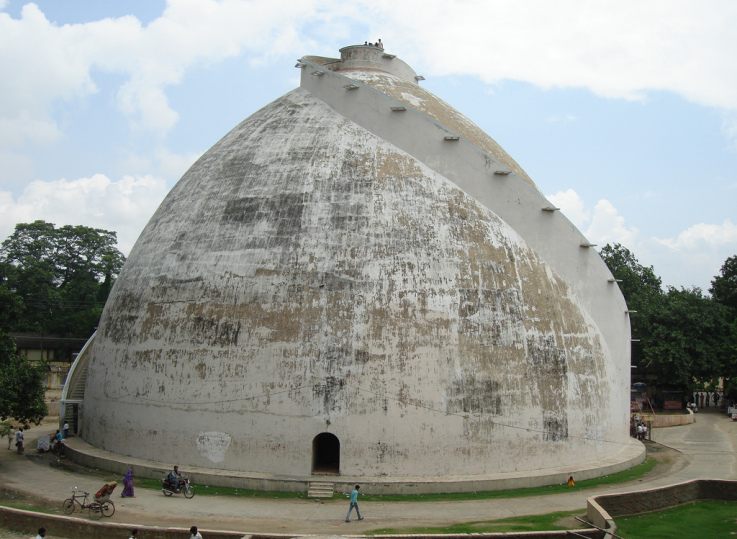 The Golghar or Gol Ghar (गोलघर), located to the west of the Gandhi Maidan in Patna, capital of Bihar state, India. It is a granary built by Captain John Garstin, in 1786.

Built in the Stupa architecture, the building has a width of 125 m, and a height of 29 m. It is pillar-less with a wall of thickness of 3.6 m at the base.

The spiral staircase was designed to facilitate the passage of the workers who loaded and unloaded the grain is the granary, who had to carry grain-bags up one flight, deliver their load through a hole at the top, and descend the other stairs.

The top of the Golghar presents a wonderful panoramic view of the city and the Ganges.