Home » Aside » The Heart of Kerala: Thiruvananthapuram (തിരുവനന്തപുരം)

The Heart of Kerala: Thiruvananthapuram (തിരുവനന്തപുരം) 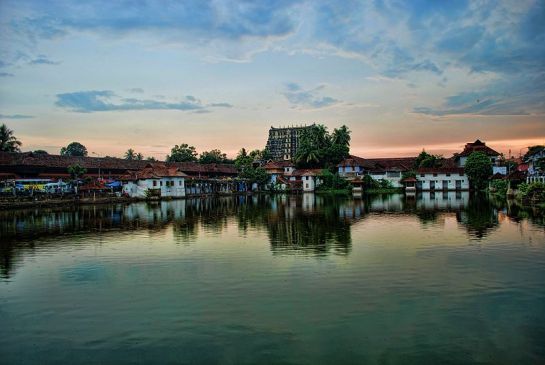 Thiruvananthapuram, formerly known as Trivandrum is the capital and largest city of the Indian state, Kerala. Thiruvananthapuram was referred to as the “evergreen city of India” by Mahatma Gandhi. The Government of India has classified it as a Tier- II city.

Thiruvananthapuram is built on seven low hills and is located at 8.5°N 76.9°E on the west coast, near the southern tip of mainland India. The city is bounded by the Laccadive Sea to its west and the Western Ghats to its east. The average elevation of the city is 16 ft. (4.9 m) above sea level.

The city has a weather that borders between a tropical savanna climate and a tropical monsoon climate. The humidity is normally quite high and is highest during the monsoon season. Thiruvananthapuram gets the majority of the rain from the south-west monsoons, getting its first showers in early June.

A long shoreline with internationally renowned beaches, historic monuments, backwater stretches and a rich cultural heritage make this district a much sought-after tourist destination. Kovalam, a popular beach is located a distance of 11 km from the city centre.  And, one of the richest temples in India, the Padmanabhaswamy Temple circled by the East Fort is located at the heart of Kerala. Other popular tourist spots include Sanghumukham Beach, Napier museum and Zoo, Agasthyarkoodam peak, Neyyar Wildlife Sanctuary and Neyyar Dam, Kuthira Malika palace, Ponmudi, Poovar, Varkala Cliffs and Edava lake.

The city is famous for its culture, art and has produced artists like Maharaja Swathi Thirunal, Irayimman Thampi and Raja Ravi Varma.