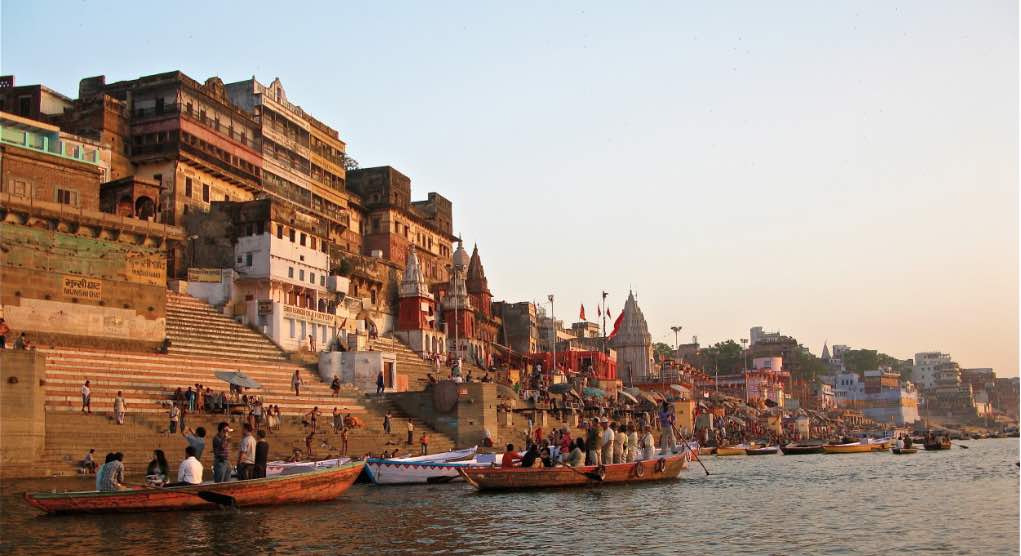 Varanasi is situated in the state of Uttar Pradesh, India.

It is located on the west bank of the holy river, Ganga.

As per legends, Varanasi was believed to have been founded by Lord Shiva some ten thousand years ago. This holy place has been mentioned several times even in the epics Ramayana and the Mahabharata.

It is believed that those who die within the boundaries of Kashi city attain salvation.

Thousands of Hindu devotees throng this city at least once in their lifetime.

Kashi city is also renowned for performing last rites. Many like to spend the last phase of their life in Varanasi to attain salvation. It is also a place for minute observation of Hindu belief, faith, culture and tradition.

Many prominent temples are located in Varanasi.

Renowned as a prime centre of art, craft, education and culture, it is also very famous for silk weaving.

Mark Twain had once said, "Benaras is older than history, older than tradition, older even than legend and looks twice as old as all of them put together.”

It is regarded as the oldest living city in the world.