Describe the major teachings of either Kabir or Baba Guru Nanak, and the ways in which these have been transmitted.

Kabir had an important place in the poet-saints. His teachings are as follows:

(i)    He described the ultimate reality as Allah, Khuda, Hazrat and Pir. He also used terms like aulakh (the unseen) and nirakar (the formless). These words.were drawn from Vedantic traditions.

(ii)    He repudiated idol-worship and polytheism.

(iii) He emphasised the Sufi concept of zikr and ishq (love) to express the Hindu practices of nam-simaran (remembrance of God’s name).

(iv)    He believed that God was one though his names are different.

(vi)    He stated that salvation can be attained through Bhakti.

(vii)    He opposed the religious rituals of both the Hindus and the Muslims.

(viii)    He was against caste discriminations.

Kabir expressed his views in the language that was spoken and understood by the common people. After his death, the followers spread his views through various means of communication.

Guru Nanak Dev Ji and his teachings : Baba Guru Nanak was born in 1469, at Nankana Sahib near the river Ravi. This place is now in Pakistan. He was bom in a Hindu family. He learnt Persian, Arabic, Hindi and Mathematics. Me travelled widely. He spent most of his time in the company of Sufi saints and Bhaktas. His main teachings are as follows :

(i) He advocated nirguna bhakti. He firmly repudiated and rejected the religious practices like sacrifices, ritual baths, idol worship and austerities.

(ii) He rejected the scriptures of both Hindus and Muslims.

(iii) He stated that the Almighty or rub had no gender or form.

(iv) He proposed that all his followers should connect to the Divine by remembering and repeating the Divine name.

In fact, Guru Nanak Dev expressed his ideas through hymns called “shabads”. He expressed all his views in Punjabi, the language of the region. He recited his “shabads” in various ragas.

Explain with examples what historians mean by the integration of cults.

Meaning of integration of cults:

(i)    From tenth to seventeenth century the most striking religious features is the increasing visibility of a wide range of god and goddess in sculpture as well as in religious books (texts) at one level, this indicates the continued and extended worship of major deities-Vishnu, Shiva and goddesses like Durga, Laxmi or Parvati-each of whom was visualised in a variety of forms.

(ii)    Historians who have tried to understand these developments suggest that there were at least two processes at work. One was a process of disseminating Brahmanical ideas. This is exemplified by the composition, compilation and preservation of Puranic texts in simple Sanskrit verse, explicitly meant to be accessible to women and Shudras, who were generally excluded from Vedic learning. At the same time, there was a second process at work - that of the Brahmanas accepting and reworking the beliefs and practices of these and other social categories. In fact, many beliefs and practices were shaped through a continuous dialogue between what sociologists have described as “great” Sanskritic Puranic traditions and “little” traditions throughout the land.

Example 1 : One of the most striking examples of this process is evident at Puri, Orissa, where the principal deity was identified, by the twelfth century, as Jagannatha (literally, the lord of the world), a form of Vishnu.

Example 2 : Through an instance we can say that a local deity whose image was continues to be made of wood by local tribal specialists, was recognised as a form of Vishnu. At the same time, Vishnu was visualised in a way that was very different from that in other parts of the country.

Such instances of integration are evident amongst goddess cults as well. Worship of the goddess, often simply in the form of a stone smeared with ochre, was evidently widespread.

What were the similarities and differences between the be-sharia and 6a-sharia sufi traditions?

(i)    The sharia is the law governing the Muslim community. It is based on the Quran and the Hadis, traditions of the Prophet including a record of his remembered words and deeds.

(ii)    Some mystics initiated movements based on a radical interpretation of sufi ideals. Many scorned the khanqah and took to mendicancy and observed celibacy. They ignored rituals and observed extreme forms of asceticism. Because of their deliberate defiance of the sharia they were often referred to as be-sharia, in contrast to the ba-sharia sufis who complied with it.

(iii)    A group of religious minded people called sufis turned to asceticism and mysticism in protest against the growing materialism of the caliphate as a religious and political institution. The sufis sought an interpretation of the Quran on the basis of their personal experience. The sufis traditions which were anti-sharia (or the law governing the Muslim community) are called be-sharia while the tradition of Sufi which are pro-sharia (are called ba-sharia).

Similarities : Both of Sufi traditions are critical of the dogmatic definitions and scholastic methods of interpretation of the Quran and sunna (traditions of the Prophet) adopted by theologians. Instead, they laid stress on seeking salvation.

In this way we can say that both the traditions of the sufis i.e. be-sharia and ba-sharia are same. They sought and interpret the Quran on the basis of personal experience.

Discuss the ways in which the Alvars, Nayanars and Virashaivas expressed critiques of the caste system.

Attitude of Alvars and Nayanars towards caste system : Some historians suggest that the Alvars and Nayanars initiated a movement of protest against the caste system and the dominance of Brahmanas or at least attempted to reform the system. To some extent this is corroborated by the fact that bhaktas hailed from diverse social backgrounds ranging from Brahmanas to artisans and cultivators and even from castes considered “untouchable”.

Meaning of Virashaiva : The twelfth century witnessed the emergence of a new movement in Karnataka, led by a Brahmana named Basavanna (1106-68) who was initially a Jaina and a minister in the court of a Chalukya king. His followers were known as Virashaivas (heroes of Shiva) or Lingayats (wearers of the linga).

Attitude of Virashaivas towards caste system : The Lingayats challenged the idea of caste and the “pollution” attributed to certain groups by Brahmanas. They also questioned the theory of rebirth. These won them followers amongst those who were marginalised within the Brahmanical social order. The Lingayats also encoviraged certain practices disapproved in the Dhanmashastras, such as post puberty marriage and the remarriage of widows.

To what extent do you think the architecture of mosques in the subcontinent reflects a combination of universal ideals and local traditions?

Reflection of combination of universal ideals and local traditions in the architecture of mosques:

(i) The complex blend of a universal faith with local traditions is perhaps best exemplified in the architecture of mosques. Some architectural features of mosques are universal - such as their orientation towards Mecca, evident in the placement of the mihrab (prayer niche) and the minbar (pulpit). However, there are several features that show variations - such as roofs and building materials. 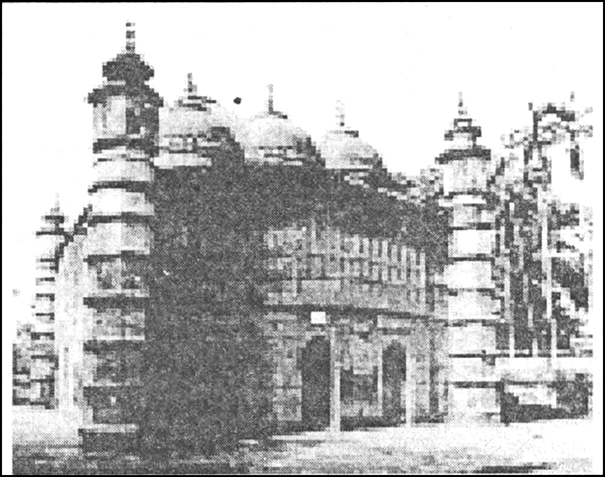 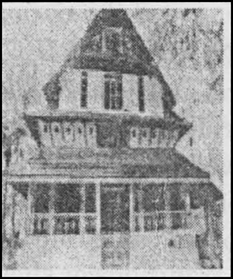 The Shah Hamadan Mosque built in 1395 in Srinagar (Kashmir).

(ii) For Example, a mosque was built in Kerala in the 13th century. Its roof resembled the Shikhar of the temple. Centrary to it, the roof of Atia Mosque in Bangladesh is round. The Atia Mosque was made of bricks. However the Kashmiri wood has been used in Shah Hamdan Mosque built in Srinagar.