Is Matter Around Us Pure

Quickly browse through questions and notes on related topics. You can also download and read this topic offline.

Separating the Components of a Mixture

Heterogeneous mixtures can be separated into their respective constituents by simple physical methods like handpicking, sieving, filtration.

Sometimes special techniques have to be used for the separation of the components of a mixture.

How Can We Obtain Coloured Component ( Dye) From Blue/ Black Ink

By using Evaporation method, we can obtain coloured component from blue/black ink. 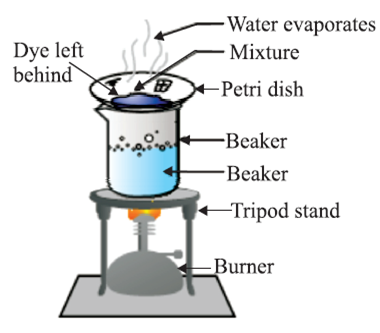 How Can We Obtain Different Gases From Air ?

Air is also separated by this method.

Some of the applications of fractional distillation :

How Can We Obtain Pure Copper Sulphate From An Impure Sample?

Basic principle: To remove impurities from a mixture by first dissolving in a suitable solvent and then crystallising out one component.

How Can We Separate A Mixture Of Salt And Ammonium Chloride

Basic principle: Out of the two components, one will sublime (directly converts to gas from solid) and others will not.

Example: NH4Cl (ammonium chloride) and NaCl common salt mixture can be easily separated by heating so that NH4Cl sublimes but common salt remains behind. 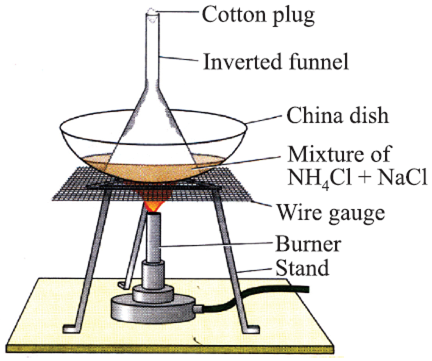 How Can We Separate A Mixture Of Two Immiscible Liquids

Basic principle: Two immiscible liquids (which do not dissolve in each other) can be easily separated by putting in a differential extraction funnel/ separating funnel.

Example: Water from oil can be separated by first opening the stopcock till water is removed in one beaker, then afterwards oil can be collected in a separate beaker. 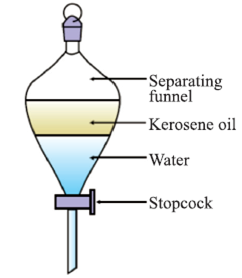 How Can We Separate A Mixture Of Two Miscible Liquids?

Principle: Out of the two components one has a lower boiling point and other has a higher boiling point. This is used to separate two or more miscible liquids. Example: When a mixture of acetone and water is heated, acetone having a lesser boiling point, boils and moves to the delivery tube, within which it condenses back to liquid with the help of a condenser clamped to it. Thus, acetone is separated out in a beaker and water is left in the distillation flask.

If there are more than two components (liquids) mixed (with different boiling points) then we use a fractionating column to separate all the components from each other. This process is done for air, petroleum etc. 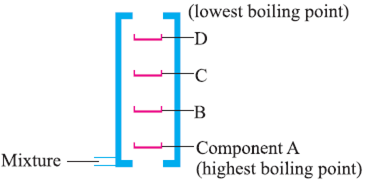 How Can We Separate Cream From Milk

By using Centrifugation method, we can separate cream from milk.

Basic principle: When the mixture is rotated very fast, then denser particles are forced at the bottom and lighter particles stay above.

For example, Separating cream from milk. 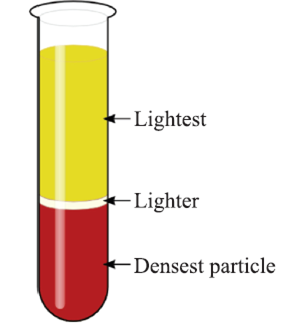 Is The Dye In Black Ink A Single Colour?

Basic principle: Coloured components of a mixture can be separated by using an Absorbent on which they are absorbed at different rates.

(Absorption is the process of surface absorption) 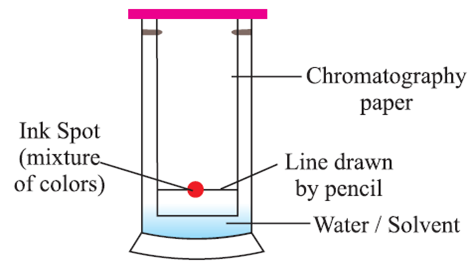 When water/any suitable solvent moves up, the chromatography paper ink with two different colours separates because both colours are absorbed at different speeds. 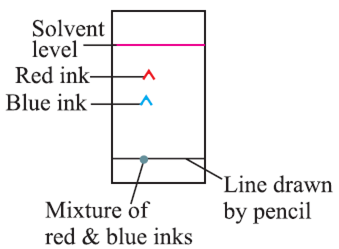