Why is violence between two communities considered as a threat to democracy?

Because violence disturbs not only the social and economic
interdependence , but also it adversely affects the secular system. It also hampers the religious freedom of an individual.

Study the following passage carefully and answer the questions that follow:

The smaller states in the alliances used the link to the superpowers for their own purposes. They got the promise of protection, weapons and economic aid against their local rivals, mostly regional neighbours with whom they had rivalries. The threatened to divide the entire world into two camps. This division happened first in Europe. Most countries of Western Europe sided with the US and those of Eastern Europe joined the Soviet camp. That is why, these were also called the ‘western’ and the ‘eastern’ alliances.
(i) Name one organization each related to the ‘western’ and the ‘eastern’ alliances.
(ii) Why were the smaller states interested in joining the super alliances?
(iii) How did the ‘alliance system’ threaten to divide the world ?

b) They got the promise of protection, weapons, and economic aid against their local rivals, mostly regional neighbours with whom they had rivalries.
iii) Most countries of western Europe sided with the US and those of eastern Europe joined the Soviet camp. This tendency is an ample proof that the super powers threatened to divide the entire world into two camps.

Describe terrorism as a new source of threat to security.

Terrorism as a new source of threat –
i) It refers to political violence that targets civilians indiscriminately.
ii) The terrorists use civilians as a weapon against national government to change a political context or condition they do not like.
iii) Terrorist groups seek to change a political context or condition that they do not like.
iv) Civilian targets are usually chosen to terrorise the public and to use the unhappiness of the public as a weapon against national governments or other parties in conflict.
v) Example : Plane hijacking, planting bombs in trains ,cafes, markets and other crowded places.

In the given political outline map the World, Five countries have been shown as (A) , (B), (C), (D) and (E). With the help of the information given below, identify these countries and write their correct names along with the serial number of the information used and related
alphabet as per the following format in your answer-book : 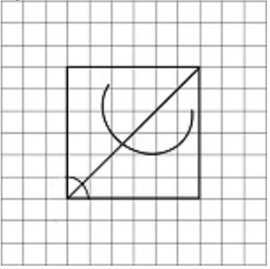 (i) The country where Monteral Protocol was signed in 1987.
(ii) This country is of view that the major responsibility of curbing gasemissions rests with the developed countries.
(iii) This country is known for its forest movements.
(iv) The first anti-dam movement aimed to save the Franklin River and its surrounding forests was launched in this country.
(v) The largest producer of mineral oil in the world.

Explain any four negative consequences of globalisation for the people of India.

Negative consequences of globalization on India:-

(i) Expensive seeds purchased from MNCs compelled farmers committing suicides due to crop failure.
(ii) Slowly and gradually MNCs started buying Indian companies, resulted in instability in market.
(iii)While some advances were made in certain arenas, critical sectors such as health, housing and primary education did not receive the attention they deserved.
(iv)India had a fairly sluggish rate of economic growth. In 1991, responding to a
financial crisis and to the desire for higher rates of economic growth which yet to be achieved.
(v) De-regulated various sectors including trade and foreign investment. or any other relevant consequences.

What was the significance of ‘Operation Iraqi Freedom’?

Operation Iraqi Freedom was launched by US to prevent Iraq from developing Weapons of Mass Destruction (WMD).

What was the main objective behind china’s adoption of the Soviet model of economy ? In which two ways was China benefitted by it ?

 The main objectives behind China’s adoption of the Soviet model of economy were:-
(i) To create a state-owned heavy industries sector from the capital accumulated from agriculture.
(ii) As it was short of foreign exchange that it needed in order to buy technology and goods on the world market, China decided to substitute imports by domestic goods.

 China has benefited by it in many ways:-

(i) This model allowed China to use its own resources to establish the foundations of an industrial economy that did not exist before.
(ii) Employment and social welfare was assured to all citizens. (iii) China moved ahead of most developing countries in educating its citizens and ensuring better health for them.

Give a suitable example to show the globalization need not always be positive.

Some farmers committed suicide because their crops failed. They had bought very expensive seeds supplied by a multinational company (MNC).

Highlight any one feature of the multi-polar world as visualized by both Russia and India.

(i) Coexistence of several powers in the international system.

In which way did the policy of Non-Alignment serve India’s interests?

(i) Non-alignment allowed India to take international decisions and stances that served its interests rather than the interests of the superpowers and their allies.
(ii) India was often able to balance one superpower against the other. If India felt ignored or unduly pressurized by one superpower, it could tilt towards the other, neither alliance system could take India for granted.