Following graph represents the total runs scored by two batsmen A and B, during each of the ten different matches in the year 2007. Study the graph and answer the following questions.
(a) What information is given on the two axes?
(b) Which line shows the runs scored by batsman A?
(c) Where the run scored by them same in any match in 2007? If so, in which match?
(d) Among the two batsmen, who is steadier? How do you judge it? 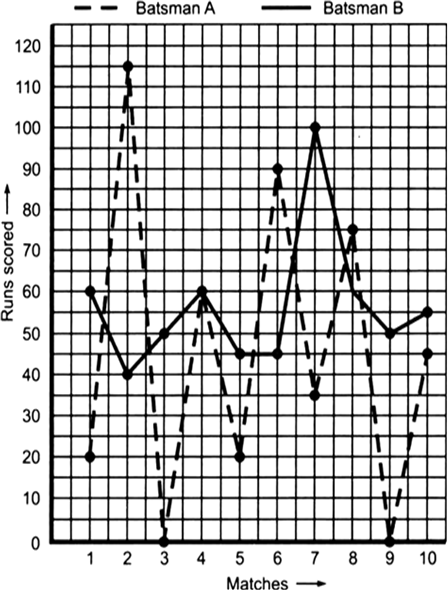 Solution not provided.
Ans. (a) x-axis

March played during the year 2007.
y-axis

Total runs scored in each match.
(b) The dotted line
(c) Yes, in the 4th march
(d) Batsman B Following graph describes the distance of a car from a city-P to city-Q, which are 350 km apart. Study the graph and answer the following questions. 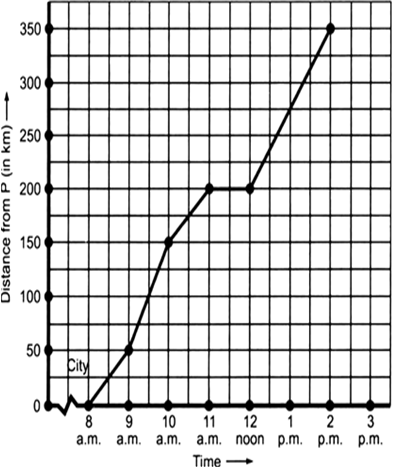