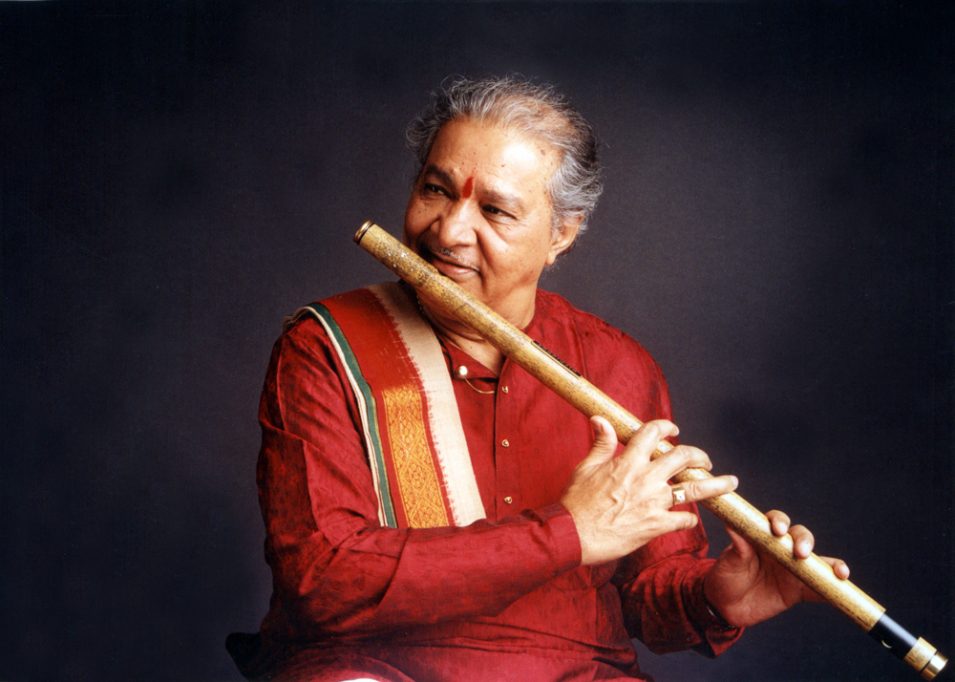 The बाँसुरी is a transverse (side-blown) bamboo flute from northern India. It is one of the world’s most ancient instruments, having existed in more or less its current form for about 4,000 years.

The Bansuri is an ancient musical instrument associated with cowherds and the pastoral tradition, it is intimately linked to the love story of Krishna and Radha and is also depicted in Buddhist paintings from around 100 CE.

The Bansuri is revered as Lord Krishna’s divine instrument and is often associated with Krishna’s Rasa lila; mythological accounts tell of the tunes of Krishna’s flute having a spellbinding and enthralling effect not only on the women of the Braj, but even on the animals of the region.

Bansuris range in length from less than 12 inches (called muralis) up to about 40 inches (shankha bansuris). 20-inch bansuris are common.

Another common and similar Indian flute played in South India is the venu, which is shorter in length and has 8 finger holes.