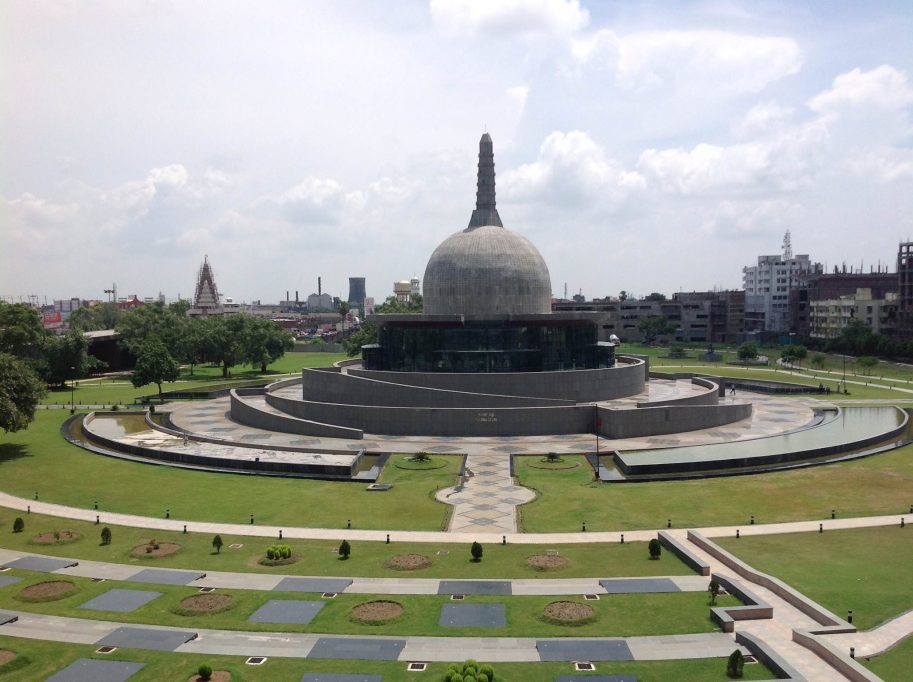 This park was built by the government to commemorate the 2554th birth anniversary of the Lord Buddha and was inaugurated on 27 May 2010 by the 14th Dalai Lama. On the occasion of the inauguration, two saplings were planted one was brought from Bodh Gaya and the other from Anuradhapura in Sri Lanka of the sacred Bodhi tree. A branch of the original Mahabodhi tree at Bodh Gaya is believed to have been taken to Anuradhapura in Sri Lanka by Emperor Ashoka's son Mahendra. The Sri Lankan delegation had brought a sapling from this tree to planted at the Buddha Smriti Park.

The Patliputra Karuna Stupa is the central attraction of this park and is 200 feet high, situated in the middle of the park.
The part covers an area of 22-acre park and is located in the heart of city. It houses the pot containing holy ashes of Lord Buddha inside the main stupa.

The park is also having meditation hall for prayers. The Meditation Centre consists of a total of 60 air-conditioned cells, each having a view of the Stupa, a library consisting of books on Buddhism along with a large Audio-Visual Hall.