Home » Aside » The Benevolence of Buddhism to India

The Benevolence of Buddhism to India India is a country of continental size, having the second largest population in the world and is the world’s largest democracy. Being located in the South Asian part of the world, India has a global influence because of its cultural melange and spiritual affinity. Despite its colonial past, it stands as a phoenix to the world, acting as the cradle to various religions of the world. The religious sanctity of this land has been enticing the monks and the followers of the Buddhism from across the Map. The spread of Buddhism in the eastern part of the globe was facilitated by India and its ruler namely the great Mauryan kings, Asoka. The renowned ancient Universities, namely Nalanda and Takshashila had wooed the Scholars of the continent with its scriptures, teachings and heirloom. Its philosophical ethos has profound impact on the psyche of the people all around, getting them to make a beeline to India in the quest of spiritual fulfillment. 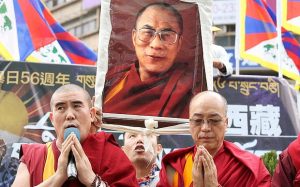 Buddhism as a philosophy has embodied spiritual and cultural dimensions without being perceived as a religion in theistic sense that has originated in India. It has also made India, the cynosure of spiritualism in the world, where the essence of Buddha’s philosophical tradition remains intact. The relics of Buddha remain preserved here in their pristine form, apart from being the home of Monks and Monasteries. The land providing refuge to the Tibetan spiritual head, Dalai Lama, at time of peril stands as a testimonial as a nation of assimilation. Buddhism has drawn the image of India as cultural conqueror, who has dominated the cultures of its neighbour without invading them, besides impacting the heart and mind with its mysticism.

Buddhism in countries like Myanmar, Laos, Thailand and Cambodia act as a binding force whereas in Sri Lanka it is imbued with nationalism. It has an emotional connect for the Asians, which has 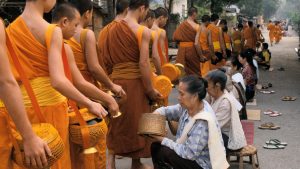 triggered spiritual kindling among the populace and swayed the philosophical convention. Chinese ambassador and philosopher, Hu Shih had quoted: “India conquered and dominated China culturally for 20 centuries without ever having to send a single soldier across her border”; It was Indian Buddhism that helped shape the Chinese civilization.

The benevolence of Buddhism has compelled the world to reckon India as a soft power in the diplomatic world. India, being the fountainhead of Buddhism, has bonded East Asia and South EastAsia with it.