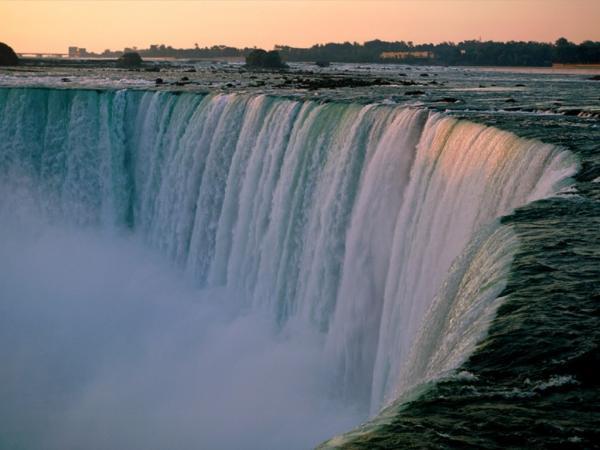 Chitrakoot waterfalls is a natural waterfall located to the west of Jagdalpur, in Bastar district of Chhattisgarh, India.

It is the largest waterfall in India and is popularly known as Niagara falls of India.

It falls from a height of about 100 feet and widens up to 150 meters in peak rainy season.

The horseshoe shaped fall is located near Jagdalpur, a small city in the state of Chhattisgarh.

This fall is situated in Vindhyachal Ranges, which are stretched between Chhattisgarh and Madhya Pradesh.

River Indravati, a tributary of Narmada, is the main source of this waterfall.

During monsoon the waterfall turns wild and violent.

Chitrakoot waterfall is best seen during and after the monsoon, between July and October.

The chitrakoot is also a religious Hindu Pilgrimage center.

Local boat facilities operating below and under the falls in a misty atmosphere provide views of the falls much like the 'Maid of the Mist'.

A small power plant of 7.5 MW capacity has been planned to utilise the head at the Chitrakote falls.