Home » Aside » Yogurt Vs Curd 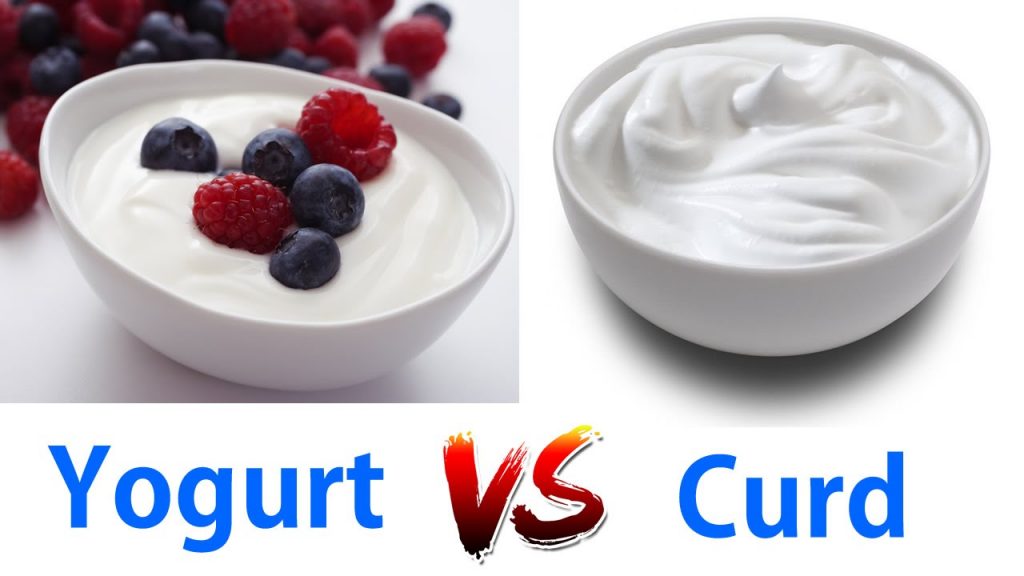 You are not alone if you think that Curd and Yogurt are the same. This myth is prevalent amongst all. Most of us do not know that there is a fine line of difference between the two.

The basic difference lies in the preparation and the bacterial strain used.

Curd or Dahi is made by boiling and cooling the milk to 30-40 Celsius and adding a spoonful of it as inoculum. It has Lactic Acid bacteria that are called “Lactobacillus”. This bacteria multiplies itself in the ambient temperature ferments the milk to form curd. It is a rich source of calcium and protein and is good for lactose intolerant people. Curd tastes slightly more tangy or sour than yogurt.

Yogurt is same as curd with the difference that the fermentation of the milk is done by the bacteria known as ‘yogurt cultures’ . The culture contains 2 specific strains of bacteria called Lactobacillus Bulgaris and Streptococcus Thermophilus. Other strains of lactic acid bateria may also be added in addtion to these in a yogurt. The addition of these bacteria makes the product standardised and homogenous. This ensures both quality and right quantity of bacteria in the yogurt. Milk is heated to around 80+ Celcius, cooled to about 40 Celsius and two bacterial cultures ( yogurt cultures are added and incubated (fermentation to metabolize lactose to lactic acid, rather rapidly) at about 40 Celcius for 6 to 8 hours. Then it is set at  about 4 Celcius for 4 to 8 hours before being marketed.