India is a country that thrives in diversity. When it comes to communication, there are 22 major languages, 13 different scripts and 720 dialects.  As you traverse from one part of the country to another, it is quite interesting to observe the changes in clothing, food, culture et al. It is no surprise therefore that when it comes to Indian politics, it cannot be a straightjacketed kind of process too. Largely it has been observed that while in the North and West India politics is largely dependent on factors that concern the nation as a whole or dynasty politics. In the East, it is more to do with ideology. The southern part of India, interestingly has a very different approach. Here the leaders assume a charismatic hue.

There are two prominent parties here; Dravida Munnetra Kazhagam (DMK), founded by C.N. Annadurai, as a breakaway from Dravidar Kazhagam and defiantly chaired by Muthuvel Karunanidhi since 1969 and the All India Anna Dravida Munnetra Kazhagam (AIADMK) founded by M.G. Ramachandran and headed by Jayalalitha Jayaram or Jayalalitha or more commonly revered as Amma. Both leaders are treated like Gods and celebrations on their birthdays or any salutations offered are no less than godly proportions. So even while the world has moved on, you might still steal a glimpse of a senior bureaucrat humbly holding the footwear of the leaders while they try to navigate their feet, or a top cop holding an umbrella in utter penance during rains over their lords’ head.

In reciprocation, the lords bestow their grace and blessing on the common man. So it is not unusual to hear during the election times elaborate gifts being doled out. They range from providing cheap rice (staple food in South India) to providing televisions and washing machines. The parties leave no stone unturned in belittling the other when one comes to power. So in the past, the police have been used to physically pick up Karunanidhi from his house in the wee hours of morning while Jayalalitha was convicted in a case for possession of assets disproportionate to her income during times when the other party was in power. 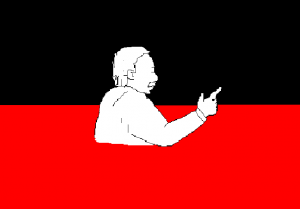 In the latest Lok Sabha election of 2014, AIADMK bagged 37 seats, emerging as the third largest political party in the Country. With the tide of the assembly elections now ready to awash this state, the national political parties of the country, apart from the Dravidian outfits are ready to set their sail. Both the major national parties, namely Congress and the Bhartiya Janata Party (BJP) had so far been marginal players in Tamil Nadu, since Independence. The national political parties now have aligned with either of the two major Dravidian state parties. Congress had gone to bed with DMK earlier on to form United Progressive Alliance (UPA) at the centre. Although the outcome was bitter with the stink of the 2G-spectrum scam that arose during that time and where, the brunt of the bad press was born by DMK itself in the general election of 2014, where it was decimated completely.

Tamil Nadu politics holds significant importance in the overall political equations of the sub continent, due to its strategic geographical positioning. It is one end of the country that is bound by vast Indian Ocean and has direct access to a sovereign nation, Sri Lanka. The impending assembly election has all the likelihood of breaching the Dravidian fortress hitherto dominated by the two southern political parties. The national political parties henceforth strive to overpower the linguist and racial divide perpetrated in the state and bring in fresh proposition for the populace here.