Home » Aside » Essential Skills Every Student Should Learn

Essential Skills Every Student Should Learn 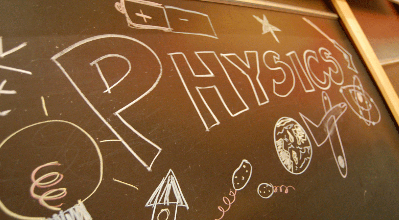 Has this thought ever crossed your mind if students in the class are not being well prepared for tomorrow’s world? The brick and mortar school have not risen above their set standards and still assume that the world would remain the same with some minor changes over the years. But, the truth is the world has evolved over the years. So how would one prepare the kids for a world, which is unpredictable? This can be done by teaching them to deal with changes and adapt themselves to those changes.

An entirely different approach to child education has to be adapted by School and parents at home. One has to reinvent the things, which already exist, and leave anything at the doors. A good set of essential skills need to be invented and the children should be made to practice it.

Ignite curiosity: Every child should learn the ability to learn on his/her own. If this happens then the elders in the society need not teach them everything. In the future, they can learn things on their own. In order to make this happen, the first step is to ignite curiosity inside the mind of a child. When they see a particular or new thing, encourage them to ask questions about the same. Answer your child’s questions instead of interruption them or being harsh on them. You may even reward them for asking interesting things.

Problem-solving: A problem-solving mind is the key to tackling any project with ease. If one gets a new job it can be initially a bit intimidating. Develop a perspective where you think of it as just another problem, which needs to be solved. Model simple problems and ask them to solve. As time passes, ask them to create problems on their own and solve it. As a parent, do not be in haste to solve all your child’s problems. Rather, let them fiddle with their problems. Maths and Physics are subjects which require a lot of problem-solving. For example, cbse papers class 12 physics 2015 comprised of application-based problems.

Dealing with projects: Project tackling is a part of one’s life in a corporate world. Getting accustomed to projects would be a boon in our initial years. For example, writing a book is a project. Pen down the thoughts on a piece of paper on a daily basis and try to convert it into a book. This would increase your confidence and help you to tackle projects on your own.