Home » Excitement What Happens When You Get Excited?

Excitement What Happens When You Get Excited? 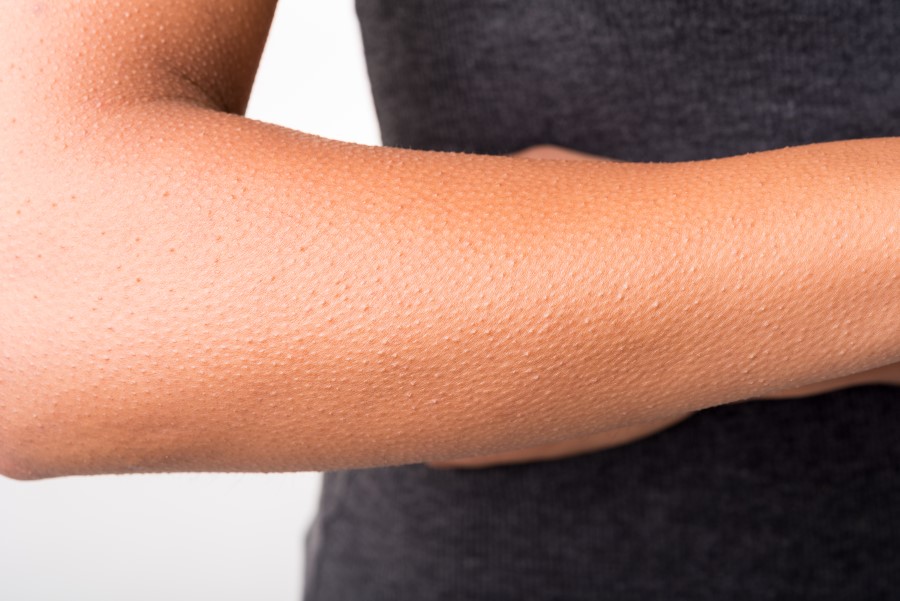 It was a pleasant afternoon and Max, a fun-loving teenage girl was at the movies with two of her friends from school, Emily and Sha. They had come to watch ‘Harry potter and the Deathly Hallows’. Like most of the kids their age, all three were big fans of Harry Potter and reading every book and seeing every movie of their favorite character, was something that came naturally to them. The series, as we all know, had done a fine job of interweaving mysticism, magic, the life of a youth and the politics of an institution. It had been a global rage and surely Max and her friends would not miss out on this for anything.

After what seemed like eternity, during which they devoured popcorns and nachos, the movie finally began. It was thrilling, to say the least, with many intense scenes that got them sitting on the edge of their seats. Imagine, Voldemort getting killed in this! It was truly gripping, and the entire hall lapped up every frame of the movie in silence, completely engrossed in the plot. During the interval, when they stepped outside the hall, they burst into laughter looking at each other. All three of them were so excited by the movie that they had Goosebumps. They quickly meandered through the corridors, splashed some water on their faces to calm them down, chattering all the way about what is going to happen next. Soon, they were back at their seats hoping they had not missed any part of the movie. The movie began again and for the remaining part of the afternoon, led them through a journey of action packed drama and a whirlwind of emotions.

After the movie got over, the three friends strolled back to Emily’s house excited and discussing the movie. Emily’s mother greeted them at the door. She was a lady whom the two friends knew very well. She taught biology at the neighbourhood school and used to help them with their biology homework sometimes too. Emily’s mother was pleased to see the three friends together and after the exchange of pleasantries, they settled down for some lemonade and cake. That was when Max broached the topic about what they went through. Max told her how they noticed that they had Goosebumps at the movie and asked her the reason why people have them when they are excited.

Emily’s mother was happy to respond and being a teacher she was pleased that the children were inquisitive. She believed that children should always be a #curiouslearner. After all, curiosity is the first step in the path of learning. She poured some more lemonade for the kids and sat down to explain. She said that Goose bumps, goose pimples or goose flesh are basically the bumps on a person’s skin at the base of body hairs that involuntarily develop when a person is cold or experiences strong emotions such as fear, euphoria etc. The medical term for the effect is Horripilation or Cutis Anserina (“cutis” meaning, “skin” and “anser” meaning “goose”). 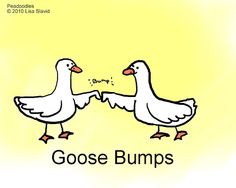 Why it is called so?

The goose bumps effect gets its name from geese. Goose feathers grow from stores in the epidermis that are similar to human follicles. When feathers are plucked, a goose’s skin gets protrusions. These bumps resemble the phenomenon noticed on the human skin. They are also known by the names goose flesh, chill bumps, chicken skin, funky spots, etc.

Cold temperatures – When the temperature dips, the brain signals the muscles Arrector Pilli to contract. These muscles are attached to individual hair follicles. The contraction creates a depression on the skin surface, causing the area around it to rise or protrude and the hair strands to stand. The numerous bumps on the skin appear as Goosebumps.

The hormone effect – Fear, excitement, shock, a sense of nostalgia or something awe-inspiring, signals our brain to produce the hormone adrenaline. The hormone adrenaline prepares our body for ‘flight or fight’. The sympathetic nervous system floods the blood with adrenaline. The adrenaline besides causing sweaty palms, trembling hands, an increase in blood pressure, a racing heart or the feeling of ‘butterflies’ in the stomach, also cause the Piloerrection reflex i.e. the contraction of the which makes the muscles attached to the base of each hair follicle contract and force the hairs up. This causes the appearance of the Goosebumps on the skin.

The Goosebumps are a gift from our hairy ancestors. It is of great use in the animal kingdom but in case of humans it serves no purpose.

In case of animals the Goosebumps helps in creating an illusion that the animal is bigger. The hair rises and the animal can appear bigger to ward off the predators. The thick hair coat because of the rising of hair serves as an insulator by expanding the layer of air. The thicker the hair layer, the more heat is retained.

Since humans are not as hairy as their animal counterparts like cats, dogs etc., this reaction is not of much use to humans. In humans, Goosebumps are the strongest on the forearms, but also occur on the legs, neck, and other areas of the skin that have hair. But Goosebumps persist nevertheless, because after all we have evolved from our hairy ancestors.

After this explanation by Emily’s mother, they all smiled with contentment in knowing a new fact now. With years of experience in teaching kids, Emily’s mother was very good at explaining to her students. It was evening now, and Max and Sha had to get home. The two friends downed their lemonade, thanked Emily’s mother, bid farewell to Emily and left for home.

We all would have experienced Goosebumps at some stages of our lives, but I wonder how many of us actually knew why they were caused. Thanks to Emily’s mother, now we do.