Home » Aside » The Glue Story 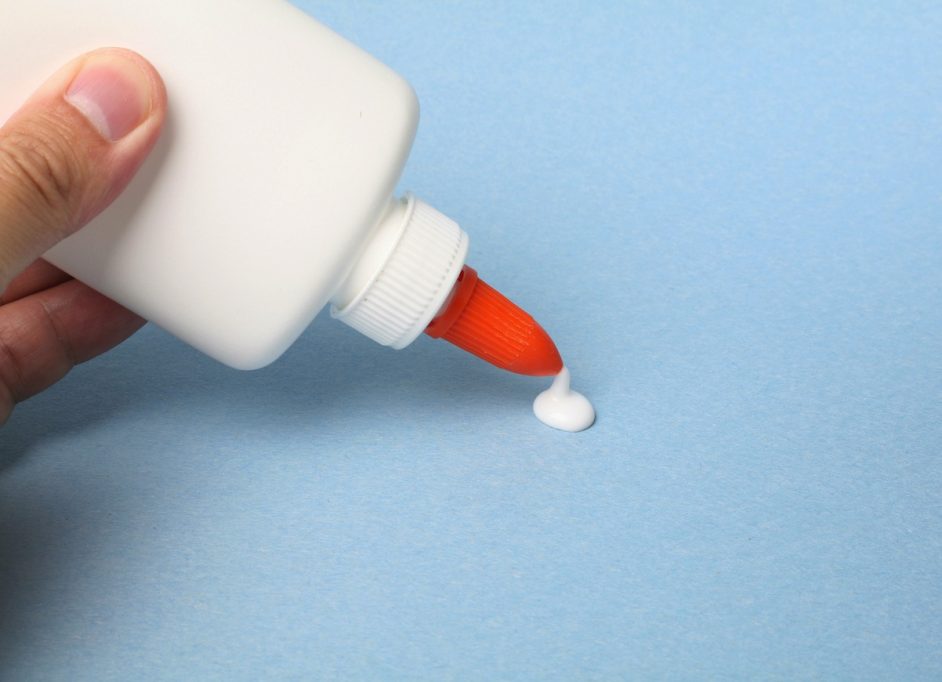 Nathan was decorating his scrapbook with the pictures of his school picnic. After he had finished cutting out the pictures, he opened the glue bottle , to paste the pictures to the scrap book. With the messy fingers which had glue all around them, everything was sticking to his hands. Suddenly he stopped his work and seemed lost in thought. Seeing him, his mom enquired what was wrong.

Nathan turned around and asked, “Mom, why doesn’t the glue stick to its container”?

His mom did not have any immediate answer. It was a very valid question. She looked up the internet to check out the answer to Nathan’s query. What she found out was amazing.

It is all about the composition

There is no magic to the part that the glue does not stick to its container. It is all about the composition of the substance.

The regular glue is made up of a chemical called Polymer. These polymers are responsible for the stretchy and sticky nature of the glue. The glue also contains water. The water acts as a

solvent and keeps the glue in a liquid state. Some glues also have acetone as a solvent and hence the pungent smell. When we squeeze out the glue from a tube, the water or sometimes the acetone quickly evaporates in the air or gets absorbed by the surfaces, freeing the adhesives itself to do the job. The evaporation of the water results in the hardening and the drying up of the glue. All that’s left behind are the sticky polymers that hold things together leading to the mechanical adhesion of surfaces. The polystyrene molecules lock together to make strong chemical bonds. Glue doesn't smell when it's dry because all the solvent has vanished into the air.

Why doesn’t the glue stick to the bottle?

The glue is safe from the air exposure when it is inside the bottle. Thus the water remains and keeps it in the liquid state. The runny adhesive, therefore, does not stick to the container. It is for the same reason why it hardens, if you have accidently left the cap of the bottle open.

Besides the polymers, certain glues like the ‘Super Glue’ kinds have a different composition and does not owe its stickiness to the polymer. Instead of polymers, these have a chemical called “Cyanoacrylate.” This chemical bonds things together when it reacts with water vapor in the air. This process is called “chemical adhesion.” There is always some amount of water in the air, however dry it may seem. To keep Super Glue from drying out, the container should be airtight so as to prevent it from reacting with the water vapour in the air.

Thus whether it is the regular one or Super glue, the culprit is the solvent (water or acetone). Therefore, if you do not want the adhesive to stick to the container walls, keep air at bay to prevent evaporation. Though the terms were quite difficult for Nathan to understand, yet he was satisfied with whatever his mom told him and got back to decorating his scrapbook.