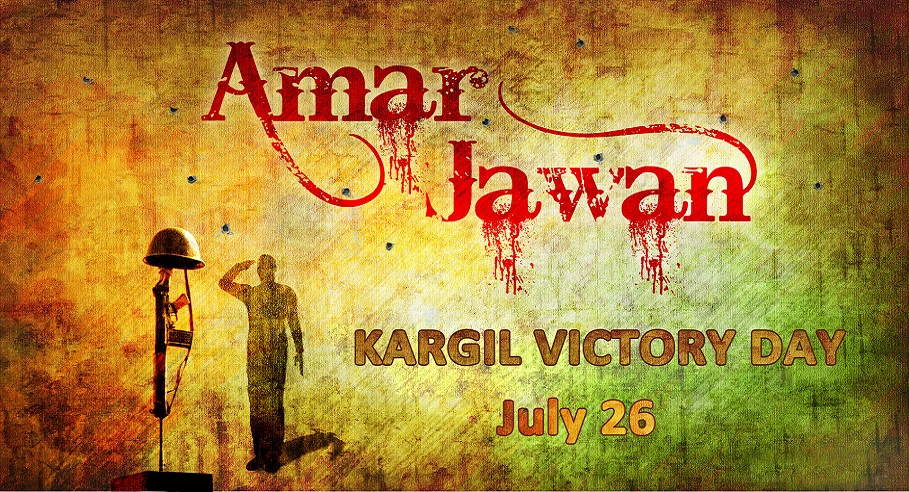 Kargil Day or Kargil Vijay Diwas, named after the success of 'Operation Vijay' is observed to mark the end of the Kargil War and is celebrated on 26 July every year in honour of the Kargil War's Heroes.

The war that had lasted for more than 60 days was fought in May-July 1999 in the Kargil district of Kashmir and elsewhere along the Line of Control (LoC).

This day is celebrated in the Kargil – Dras sector and the national capital New Delhi, where the Prime Minister of India, pays homage to the soldiers at Amar Jawan Jyoti at India Gate every year.