A city located in the southeast of northern Indian state of Rajasthan, is Kota. Not to be confused with its namesake in Indonesia, this city is located around 250 kilometres south of the state capital, Jaipur, it is the third most populous city of Rajasthan. The city was flourishing once upon a time with a major Indian business house called JK Group of Industries having seven units spread in Kota. It employed close to 6000 workers. The units were declared as sick units in 1998 by Board for Industrial and Financial Reconstruction, Government of India. Although there was an arrangement done subsequently with lenders, it never became business as usual.

The town reinvented itself and h as today become a major coaching hub for aspirants of the premium competitive exams. The epitome of graduate courses to get into is the IIT for engineering and the medical colleges for which there are the IIT Joint Entrance Examinations and All India Pre-Medical Tests (AIPMT) respectively.

As in most of the things practiced in this country of 1.2 billion population, whenever a business model breaches a threshold, there are many people who make a beeline for it and open various avatars of the same thing – sometimes fracturing the system itself and rendering it a poor shado 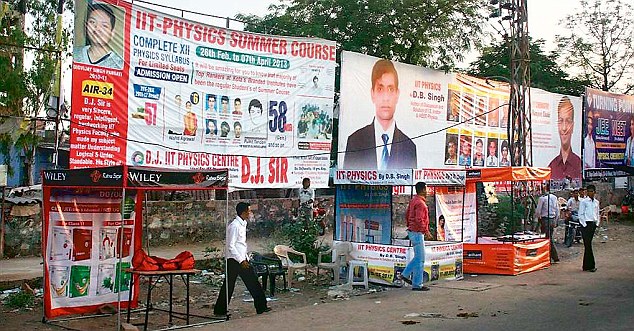 w of its former self. Of course, as in any market, even in that, there're players who assume a higher market share and therefore have stronger resilience.

The same thing is sadly happening with the education industry. As per a newspaper report in the leading national daily, The Times of India, the town has an excess of 130 coaching centres where 2,00,000 students aged 14 to 19 years are enrolled. Every year, this city of 1.2 million people gets 60,000 students from all over India to join the industry that is at Rs.30,000 Crore (approximately $5 billion). The institutes have assumed proportions of a large corporate, the teachers iconised but arrogant for whom students are just cash cows. Aspirants are not screened anymore for eligibility and no assessment is done on the ability. So you can have in a fresh batch students who have secured 50% rubbing shoulders with someone who has topped his class. This soon goes off though as the institute separates the wheat from the chaff to maintain their own ratings year on year. The teachers are paid handsomely and poaching is rampant. Not only domestic shops, but even foreign companies have either invested directly or funded some of the companies here. The migrant population contributes to the city's economy. Each student pays close to Rs.3 lakhs ($5000) annually for his tuition, accommodation and a very well oiled mechanism of booking a bogus seat in a school from which s/he may be permitted to take the school final examination since getting that certificate is essential.

This is an industry that does not have a watchdog. There are no regulatory compliances required and the institutes have a field day – doing pretty much that they please. The students are left to fend for accommodation on their own, manage food and other amenities themselves. India as a country is amazingly diverse and there are possibly hundreds of food types and tastes that are prevalent. For a child to be jettisoned from home at a tender age and left to figure things out for himself/herself sometimes takes a toll. The determined, aspirants stay and slog it out for 16 hours every day for 2 or more years. In some cases the child is bold enough to run away home, sacrificing the fees that has already been paid (there are no refunds). 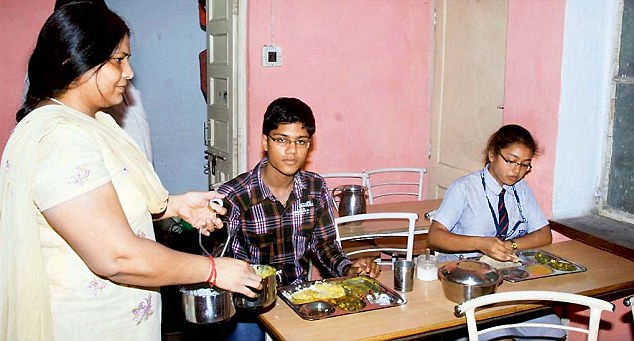 In other cases, parents go all out to support their children. Cases of mothers leaving their stable jobs to ensure that food and accommodation for their children is aptly provided for. Some of them with the entrepreneurial spirit, have grabbed this as an opportunity and built a business, and now feed other students too, for a price.

However, there is a sizeable number of students there who despite their hardships would not either turn back home or complain, but silently suffer. The reasons could be many and ranging from socio-economic to cultural. Some find solace in direct communion with the Almighty, whereas some also resort to taking anti-depressants to maintain sanity. In fact the sale of anti-depressants have seen an alarming increase in this riverine town over the past few years. Some students are without recourse and when they realise that they cannot fulfil the dreams that their parents had seen for them, they commit suicide. 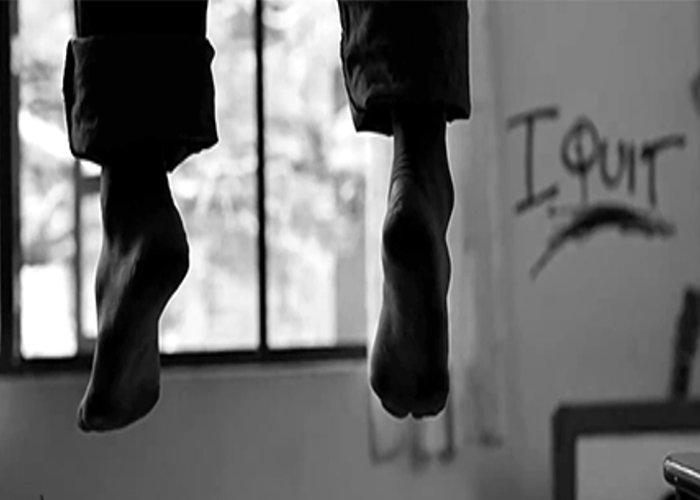 The number of children committing suicides have been gradually going up and although it has been mentioned in the press time and again, the aspirations of getting into the premier institutes outweighs their risk perceptions. The belief largely being that that their lives would be comfortable, with a fat salaries dropping into their laps forever for life, once they go across the threshold. Sadly, in most of the cases of children committing suicide, it has been seen that the aspirations were more from the parent than the child. The figures, as always are varied, since the institutes try their best to not let suicides be attributed to their livelihood. In an article in 2012, Reuters in a interview with one of the teachers of a prominent institute, pegged the previous years' suicides at 50. Other published figures have been as low as 6, which by any means is also nothing to discount.

In my view, I think it is time that we stepped back a little to analyse what we are collectively doing. According to me, nothing could be more delusional than this fixation that we as Indians have with traditional fields for graduation. The world is changing and it is changing fast. The rate of technology adoption ensures that new technology is available before the old one even near obsolescence. Economies are changing. The world population is ageing and artificial intelligence, automation, 3-D printing is getting mainstreamed. The Geo-politics arena is becoming more aggressive. Global warming is staring at us in our faces. The world that we lived in is not the world we are entering into. Sure, the world still needs engineers and doctors, but does it mean that we vie for that abysmal 0.7% success ratio? Only so much can be consumed.

We got to learn to put things in perspective and change the mindset for people towards 'job', 'security' and 'job-security'. I might sound a bit sarcastic here, but all the above three are pretty much illusionary and the sooner we understand it the better. We are hopeful that the new education policy that the government is trying to introduce has some radical changes and not a mere lip service.

Maybe then, instead of putting a price on our children's head, we could encourage them to try out what they like to do and then take risks in building it for the good of mankind. The governments too would do better by supporting social enterprises where innovation and inclusion ride high on agenda than looking inward all the time.