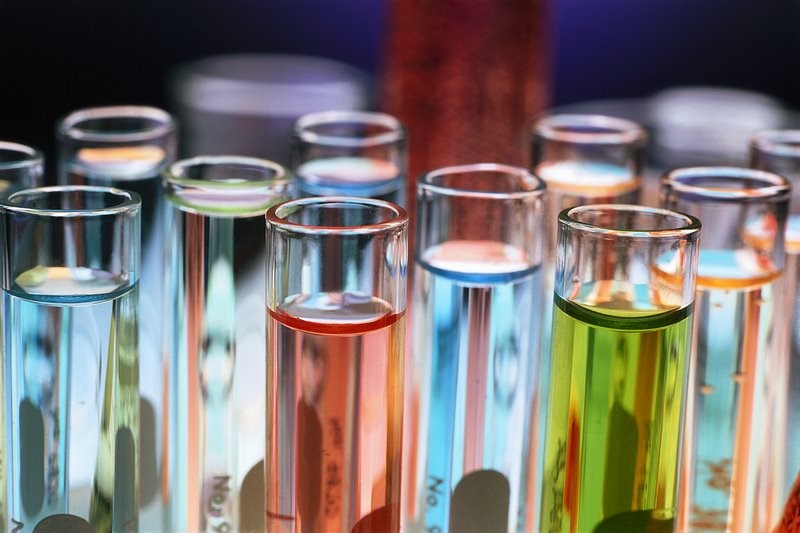 During lab experiments especially in chemistry, we are always told to take a reading at bottom of the meniscus for colourless liquids and the upper meniscus of coloured liquids. A student while performing various experiments sometimes gets confused which meniscus to use when. Without knowing the reason why it is mandated thus, it sometimes becomes very confusing.

Before we begin our discussions on this, let us understand what we mean by the Meniscus. 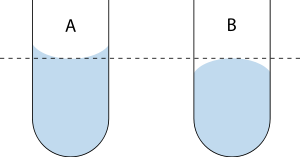 In the above figure,

A: The bottom of a concave meniscus.

B: The top of a convex meniscus.

In the case of colourless liquid, it is easy to observe the phase boundary, whether it is convex or concave hence in the colourless liquid lower meniscus may be considered. A meniscus is the curvature of the surface of the water.  Water "sticks" to the walls of the graduated cylinder, but only on the sides and not the middle.  When students look at the surface, the water level is not straight.  Measurement should be therefore done at the lowest point.

However, in the case of coloured liquids observing this phase boundary (spatial interface, called a phase boundary) is not possible, hence only the upper meniscus is considered.

Why is it necessary to read the meniscus at eye level? During the measurements, students are supposed to observe or note the meniscus reading from eye level because viewing from either above or below the eye level can render the reading inaccurate. Hence, in order to get an accurate reading, students need to read the meniscus at eye level.

When you perform an experiment in the lab, it is always better to know the fact and reason of every experiment procedure that is adopted.