Home » Aside » Why Milk Overflows On Boiling But Water Doesn’t?

Why Milk Overflows On Boiling But Water Doesn’t? 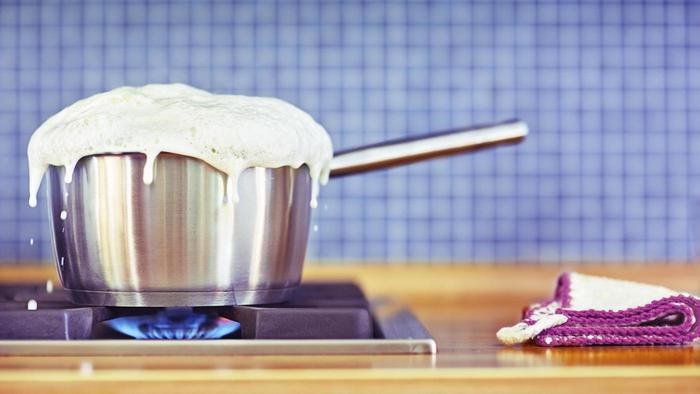 Writing on a blog can be mind-boggling, you know. It takes lots of research and patience. Believe me, it’s not a piece of cake as it seems to be!

The other day, I was working on my new blog. After surfing the Internet, I chose a topic and kick-started the research work. Read umpteen articles, but still, couldn’t find anything relevant. Moreover, I was having a Writer's Block. We all have it some or the other day, don’t we?  All this had the cascade effect and gave me the worst headache ever. When it got too much for me to bear, I thought to make myself some strong coffee.

I took out the milk packet and kept it for boiling. I had kept it

on a high flame as I wanted to have the coffee quickly. After a minute the bubbles came in. so I went it to fetch the coffee powder. As soon as I turned, I could hear the horrific sound of the boiling overflowing milk. I almost got a mini heart attack on the thought of the mess. But, the damage was already done. The creamy lather was all over the cooktop.

After getting over with the cleaning (the EXTRA WORK), too tired I decided to have Black coffee instead. As the water was boiling, I realized that it did not spill on boiling, like the milk did. The coffee was finally made and I even got the topic for the new blog.

Here is the reason Why milk overflows on boiling while water does not.

What is unique about milk?

Milk is not as simple as water. It is made up of many different components. 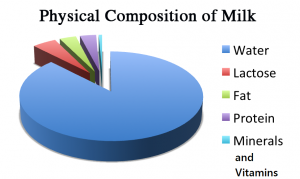 The composition of Milk – The major component is water that occupies has a whopping 83%. Its other constituents are protein (5%), sugar (5%) and fat (7%). Fats, proteins, carbohydrates, vitamins and minerals all together make up the nutritious white liquid which we all know as Milk. The major protein component is casein. Lactose is the main sugar component. We all know that the fat is insoluble in water. So the fat molecules in the milk are not dissolved but suspended as drops that are surrounded by a membrane and scattered in the water.

The overflow – The secret behind the overflow of milk lies in the presence of fats and proteins.
On heating milk, there occurs a separation of constituents and some elements. The fats droplets equally dispersed in the colloidal mixture of milk being lighter rise to the top and forms the creamy layer.   The proteins like casein along with the cream forms a thin membrane-like film. Milk contains some magical compounds called 'Tensioactives' – that stabilize fat dispersions in water and also stabilize the formation of air bubbles in water.

As more and more heat is provided the heat energy is used for conversion of water into steam. The steam gets trapped under the layer of cream. Numerous bubbles of steam are formed which are stabilized due to the presence of the tensioactives. The bubbles take long to burst. The increase the volume and the pressure below of the foam forces the thick creamy layer upward causing the milk to overflow.

What is the matter with water?

Well, water is the simplest and the humblest liquid of all. It does not have the fat droplets. There is no formation of the creamy layer. The water vapours formed, breaks as soon as they reach the surface of the liquid.

We can prevent the spilling of the milk by placing a long wooden or metallic spoon on the container. This provides a passage for the vapors and enables them to escape along the body of the spoon and prevents them from getting trapped under the layer of the cream.

You can also keep the creamy layer at bay, by stirring the milk continuously or lowering the flame of the gas stove.

However, being attentive is the best way to prevent the spilling.

Published in Biology and Chemistry