Home » Aside » National Language of India 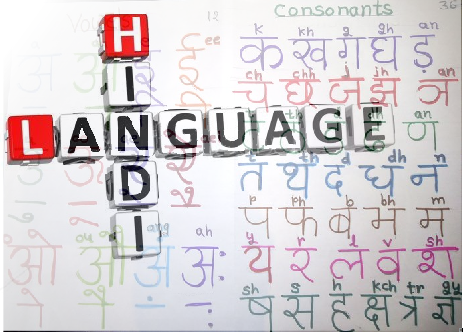 We are all familiar with the simple questions that we often ask primary school students to test their General Knowledge.

“What’s the national fruit of India?”

“What’s the national animal of India?”

“What’s the national language of India?”

Well, don’t be surprised if you encounter the last answer from adults too! It is a popular misconception that Hindi is India’s National Language. It is not!

India is a country of diversity, where thousands of languages and dialects are spoken in al

l over India. According to Census of India of 2001, India has 122 major languages and 1599 other languages. However, The Eighth Schedule of the Indian Constitution lists 22 languages, which have been referred to as scheduled languages and given recognition, status and official encouragement.

Hindi and English are used for official purposes such as parliamentary proceedings, judiciary, communications between the Central Government and a State Government. States within India have the liberty and powers to specify their own official language(s) through legislation and therefore there are 22 officially recognised languages in India. So among these languages, it is a very controversial issue and impossible to impose one among these as the national language.

Origin of Hindi as a language Hindi belongs to the Indo-Aryan branch of the Indo-European language group. Over the period of time, the Persians and the Mughals influenced Hindi. They made their own modifications to the language along the way. Even though Hindi has evolved from Sanskrit, many of its words find their origin in Arabic or Persian. Hindi also takes credit for being a “link language” as it has brought together the large Indian Diaspora living around the world and has reduced the gap between North and South India. Hindi as a language has travelled across the globe and is spoken not only in India but also in countries like Mauritius, Surinam, Trinidad and Tobago, South Africa and New Zealand. Hindi takes pride in being the mother tongue of 180 million people. Mahatma Gandhi used Hindi to unite India and hence the language is also known as the “Language of Unity”.

Do we really need a national language?

The use of Hindi has been under discussion since a long-long time between Hindi speakers and other language speakers. This battle started even before independence, as early as the 1930s. The first agitation was between 1937 and 1940 in Tamil Nadu, after that the second one was between 1945 and 1950, in ‘65, in ‘68, in ‘86; this has been an ongoing process without any conclusion. It has emerged every now and then, sparking a lot of controversies and unleashing a lot of hatred. There has not been any major breakthrough in selecting a National Language in so many years.

For so many years now, we have well established ourselves without National Language. Not having a common language has not stopped us from going anywhere in the country or interacting with anyone. The question arises in front of us that, in this global world, where the whole world is eying us, do we really need to have a national language?