Home » Aside » The Lethal Nuclear Weapon 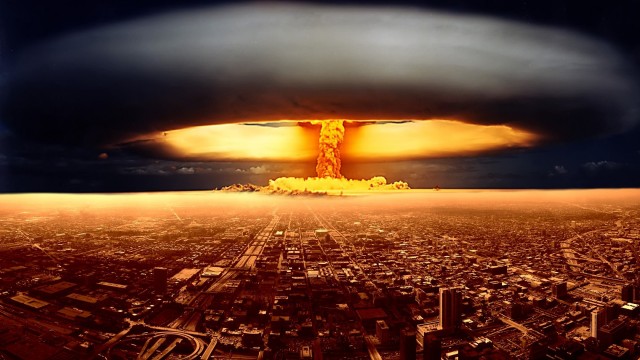 A nuclear weapon is an explosive device that extracts its destructive force from nuclear reactions, either fission or a combination of fusion and fission both.

Vast quantity of energy is released from an enormously small amount of matter.

Considered the weapons of mass destruction, the use, and control of nuclear weapons have been a major focus of international relations, since their debut.

Nuclear weapons have been used twice in nuclear warfare, both times by the United States against Japan near the end of World War II.The bombings resulted in the deaths of approximately 200,000 civilians and military personnel from acute injuries sustained from the explosions.

Nuclear explosions causes short term and long term effects on the health of mankind which include: