Home » Aside » Physics of the Enchanting Moves: Ballet

Physics of the Enchanting Moves: Ballet 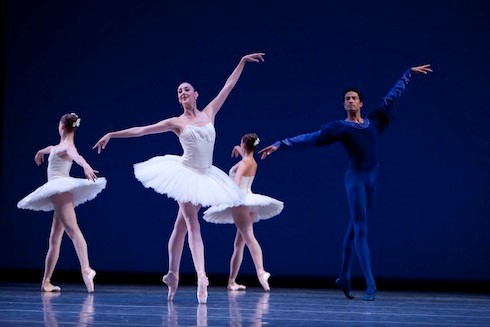 Dancing is the loftiest, the most moving,

the most beautiful of the arts,

because it is no mere translation or abstraction from life;

it is life itself.

– Havelock Ellis, The Dance of Life

One of the most beautiful, disciplined and difficult art forms is dancing. A unique art form, dancing enables one to express their feelings and use the capabilities and flexibilities of their bodies to the full extent. Be it a contemporary, jazz, classical or folk, this form of art never ceases to amaze me.

One of the oldest dance forms is ballet, which was first started in Italy during the Renaissance period. Ballet is a magical art form created by the mesmerizing and precise movement of the human body. Ballet can be used to narrate a story, express a thought or emotion.

The movement in ballet is explained by the underlying concepts and laws in Physics. Let’s look how the graceful dancer makes us all go gaga.

Ballet dancers are often seen balancing their entire body over a small area on the floor. And, the balance condition is achieved only if the dancer’s center of gravity lies on a vertical line passing through the area of contact with the floor.

When the dancer is standing still, the sum of all the forces and torque acting on the body is zero. According to Newton’s Third Law, whenever a body exerts a force on another body, the second body exerts an opposite force of equal magnitude on the first body. In accordance with the law, the force of gravity which is acting vertically downwards in the dancer’s body will be balanced by the upward normal force from the floor to the foot, acting on the same vertical line. These downward and upward forces are in equilibrium and hence, sum to zero. And, the torque is zero because both the forces act through the dancer’s centre of gravity. Therefore, the dancer is stable and balanced.

The Rotational Mechanics of Pirouette 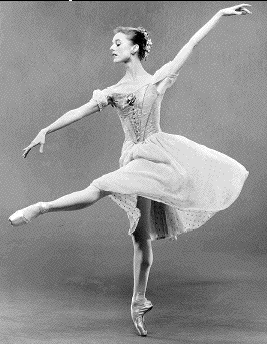 Pirouette is a classical ballet term which means to ‘spin’. The pirouette movement is a rotational motion where the dancer supports herself on one leg whereas the other leg is in retire or arabesque position. Arabesque is a position in which the ballerina stands on one leg and the other leg is turned out and extended behind the body, with both legs held straight. Retire is the position where one leg is raised to the side, with the knee bent such that toe is pointed to the knee of the supporting leg. For a pirouette to start, a torque has to be exerted against the floor. This torque is what gives rises to angular acceleration, thereby producing the rotational motion. 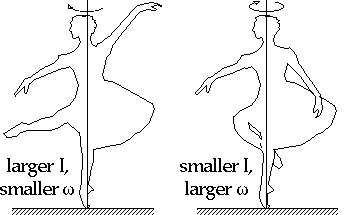 Momentum Adds a Pinch of Grace

Have you ever noticed in the seemingly endless turns called fouettés, the dancer is punctuated by a tiny pause in which she spreads her arms and faces the audience?  All this while her leg is continuously whipping through the air non-stop. For those of you who thought why the legs keep on moving while the dancer pauses, the answer is- for storing momentum. The dancer regains momentum during each pause by coming down off point. After coming off point, she pushes back again with her whole supporting foot. And momentum is stored by keeping the other leg in the rotation, which is used for the next turn. To accumulate momentum in the leg she kicks it straight out, far from her spin axis, as she faces the audience; to transfer momentum back to her body she tucks the leg back in as she looks away. When the leg comes back in towards the body, the stored momentum gets back to the dancer’s body, propelling her around as she rises back onto pointe.

The Grand Jete and the Projectile Motion

Grand jeté is a classical ballet term meaning “big jump”. It is a throw in which the dancer throws one leg into the air, pushes off the floor with the other which enables to jump into the air and again landing on the first leg. The jump in any dance form comprises of vertical acceleration and forces.

In order to jump off the ground, the dancer must exert a force on the floor greater than the weight of the body. This force helps the dancer to achieve the vertical upward velocity as desired to jump. The downward vertical distance through which the force is exerted determines the height of the jump. The dancers are required to bend their knees, a position named ‘plie’ in classical ballet, in order to achieve the force required to jump off the ground.

It is Science at its artistic best that most of the times leave us jaw dropped and send shivers through our spines. Everything in the Universe is a little more interesting when looked from a science perspective.

Published in Physics and Subjects