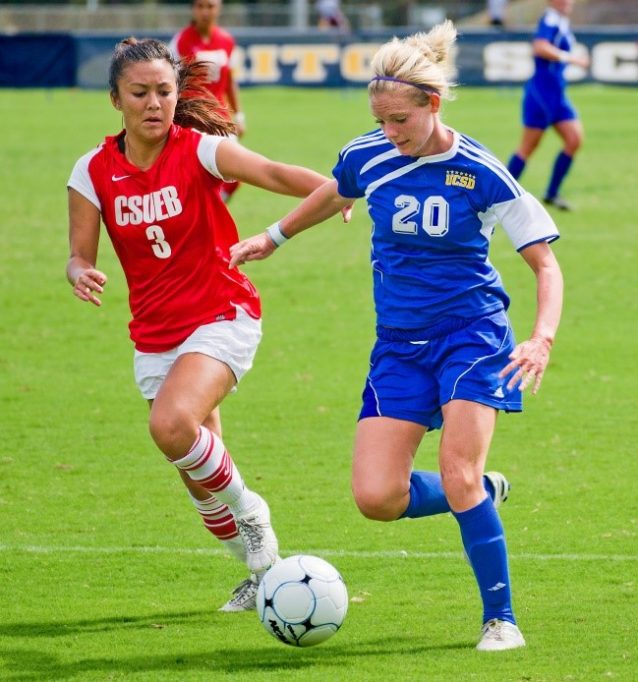 With the recent resignation of world’s heartthrob Lionel Messi from the Argentina team, it’s not deniable that the lives of his die-hard fans have come to a standstill. Missing a crucial penalty goal disappointed this soccer player and this led to his free will retirement. For all the reasons that one can think of, did you ever think of Physics going wrong in the kick? Ponder over it. Yes! Physics rules the heart of America’s most popular game.

Know the forces of a good throw

Mechanics is the branch of Physics that is most pertinent to football. The study of motion and its causes is applied in this game. The flight of the ball, motion of the players and force of the tackles is explained by some of the basic concepts of physics.

It is not hard to notice that the football follows a curved i.e., parabolic (technical term) path while travelling through the air. When the ball is kicked up, it has to follow a vertical distance but is influenced by the force of gravity. As the ball travels up, it reaches its peak height and then gravity slows it down; ball accelerates until it hits the ground. This is the famous projectile motion exhibited by the ball.

A ball which is kicked in its flight experiences three important forces- gravity as a result of the balls weight, aerodynamic drag (caused by air flowing across its surface), and Magnus force (force caused by the spinning of the ball).

The punter can control three factors while kicking the ball. The velocity or speed at which the ball will move, the angle of the kick and the rotation of the football lies in the kick of the punter. Velocity and the angle will determine how far, high the ball will go and the hang-time (how long the ball will remain in the air) of the ball.

When the ball is kicked at an angle, velocity is resolved into two components; horizontal and vertical. The ball will go high and have a long hang-time if it is launched at a steep angle. But, the ball will travel a shorter distance. Kicked at a steep angle will give the ball more velocity in the vertical direction than in the horizontal direction. Whereas, when the ball is hit out at a shallow angle, horizontal velocity will be more than the vertical velocity. Hence, the ball will travel a farther distance but will not go high and will have a short hang-time.

Rotation of the ball will influence the motion of the ball during its flight. A spiralling kick will not slow down much as it will have less air drag. Hence the ball will be able to stay in the air longer and go farther distance as compared to an end-over-end kick. When the ball spins a special force is experienced by the ball. This force is called as the Magnus force and has a special property that the force is always acting perpendicular to the spin axis of the ball in the forward direction.

The punter must decide all these factors in view of his field position. A pass or a field goal is also influenced by the same parameters.

When a player crouches down, his centre of mass is closer to the ground. So, the potential torque acting is small. This makes it hard to push the player around his axis of rotation. And when this player pushes a standing or running player, whose centre of gravity is higher, it is easier to push the opponent around his own axis of rotation. The centre of mass of the upright player is further away from the axis and hence more torque acts.

This is the reason that the linemen are often advised to stay low to the ground. This way, their centre of mass will be closer to the ground, making it difficult for the opposing player to move them. For defending a goal, this technique is critical.


Who has the best tactic?

Researchers have it that Gareth Bales who play for Real Madrid emulates the superb technique and the skill necessary to hit the ball with pace and topspin from the ground.

Players and coaches usually do not translate the knowledge of Physics in the game. Because it is not easy to diligently follow all the Physics rules when the adrenaline is flowing. Physics just gives us crucial insights of the game loved by millions.