The political battleground of Uttar Pradesh 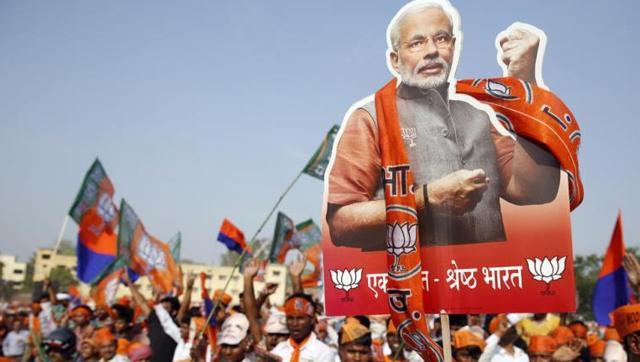 Uttar Pradesh is the largest state in India, politically, demographically and geographically. Politically speaking, it has the largest number of representatives in both the Houses of the Parliament, and holds the record of electing, the largest number of Prime Ministers in Independent India; right from the first PM Pt. Jawaharlal Nehru to the present PM Narendra Modi. Demographically, UP has the largest population compared to any other state in the country, socially fragmented into multiple castes, providing succour to the caste inborn two dominant parties of the State, namely Samajwadi Party (SP) and Bahujan Samaj Party (BSP), in their quest for power. In fact, Uttar Pradesh is more populous than most of the countries in the world. Only four countries in the world – China, India,United States and Indonesia have more population than the state of Uttar Pradesh. 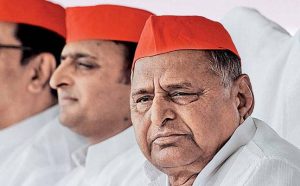 and BSP. For the past decade, the throne of power at Lucknow has been swapped between the SP and BSP led by Mulayam Singh Yadav and Mayawati respectively. The Samajwadi party is featured with father-son duo; largely a dynasty party, bearing the socialist ideals of India’s freedom fighter Ram Manohar Lohia, who hailed from this state. for SP and other the BSP on the other hand, is a party formed largely to champion the cause of the downtrodden, inheriting the legacy of party’s founder Kanshi Ram, a backward caste leader from Punjab. The ruling dispensation at the centre, the BJP, at present is the potent force to reckon with as this it had drawn maximum number of Lok Sabha seats in the general elections of 2014, whereby winning 73 out of 80 with its ally Apna Dal. The Congress that was almost evaporated from the state in the general elections of 2014, except from its family bastion of Rai Bareilly and Amethi, held by Mother and Son, also who incidentally are the President and Vice President of the party respectively, is virtually a dormant player here. 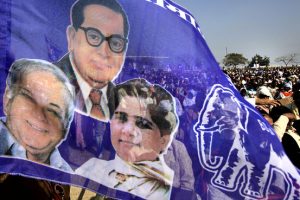 This state has acted as a spring board to the saffron politics in the country, as alleged by the self-styled secular political players, when the Babri Mosque was demolished, a mosque that has been said to be built at Ayodhaya, the birth place of Lord Ram by a Muslim Mughal Invader Babur. This incident had also acquiesced the Muslims to vote against the saffron party, who find solace in all the other parties in the state except itBJP. A party sprung from the backward caste movement led by Kanshi Ram, hitherto by Mayati, the BSP, manoeuvres the castes to extract the political mileage. She has mastered the unique art of propagating the ideals of her mentor Kanshi Ram and her party symbol, the Elephant by installing statues of them all around the state. Not only this, she might probably would be the sole leader in the country to have life-size statues of herself installed while alive. The Election Commission of India recognises BSP as a national political party. Currently, it is the main opposition party in the Legislative Assembly of the state.

The recent trend has clearly visualized that like the other states here too, the electoral battle will be between the BJP and the rest. Although being the two opposite political poles in the state, both the SP and BSP had acted as a prop to the congress at the centre, for which these parties too bore the brunt of people’s verdict. The BSP had drawn blank while the SP was pruned to five seats, the family political borough in the gene 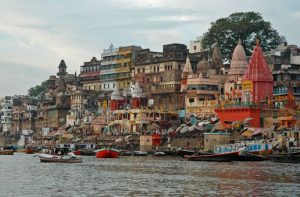 ral elections of 2014. The reign of the incumbent SP is marred with lawlessness, communal incidents, unemployment and other societal malaise, which it has failed to curb. The resurgent BJP will be the cynosure in the electoral battle of 2017, as this state is also the home of Prime Minister Modi’s Lok Sabha constituency, Varanasi, the oldest holy city in the world, besides  its spiritual significance on the Hindus. The catchy electioneering slogan in Parliamentary Election of 2014, "har har Modi, ghar ghar Modi" was inspired from Kashi Vishwanath sanctimonious slogan of "Har har Mahadev " which is a form of obeisance to one of the revered Hindu Gods, the god of destruction, Shiva.

After its defeat in the adjacent state of Bihar, BJP in the hindsight would scrupulously form electoral calculus to venture in UP. The outcome of election here in 2017 would set the tone and tenor for the 2019 general election, as it would mirror the voter’s insight. Will it be triumphant of politics of development as promised by PM which made his party to sweep the state in 2014 or a revert to Mandal politics as experimented by duo SP and BSP hitherto? It can, only be hoped at the least that inspiration is drawn neither by the voters nor by the political players from Bihar, where the distinction between the treasury and opposition benches faded in quest for survival against resurgent BJP.

Published in General and Political Science