Home » The political dimension of Jammu and Kashmir

The political dimension of Jammu and Kashmir Jammu and Kashmir is the northern most state of India, which shares the international border with the most hostile neighbour of the country, Pakistan, characterized by the largest Muslim population. The political atmosphere of the state is very volatile in comparison to any other state of the country. The state bears a number of separatist movements, led by hard-lined Muslim leaders owing allegiance to Pakistan. The state is very much infested with insurgency, largely sponsored by the neighbour state apart from the cross border terrorism.

The Constitution of India has granted Jam 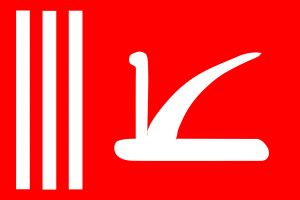 mu and Kashmir a special autonomous status as a temporary provision through Article 370, according to which, no law enacted by the Parliament of India, except for those in the domain of defence, communication and international relations, would be applicable to Jammu and Kashmir, unless it is ratified by the state legislature of Jammu and Kashmir. Jammu and Kashmir is the only Indian state to have its own flag and constitution.  Designed by the Government of India, the state flag of Jammu and Kashmir is the native plough on a red background, which is a symbol of labour. The three stripes depict the three administrative segments of the state, namely Jammu, Valley of Kashmir, and Ladakh. Srinagar is the summer capital of the state, whereas Jammu is the winter capital. Ladakh is popularly recognised as “Little Tibet” for the Buddhist culture that is embedded in the region, apart from the scenic mountains.

The political dimension of the state is also very fragile, where the regional parties in the play, namely Peoples Democratic Party (PDP) and National Conference, manipulate the Kashmiri sentiments of the voter to further their respective vested political narratives. The political power has been swapped alternatively between the two Kashmir centric political parties, in alliance with the Indian National Congress. The electoral dimension flipped in the state in 2014 when Bhartiya Janata Party (BJP), the ruling dispensation at the centre emerged as the second largest party after PDP, with the largest vote share in the assembly election. The mandate of the election had also segregated the political parties on the basis of religion, as the top two party namely the BJP and PDP, reaped their seats from Jammu and Kashmir respectively. 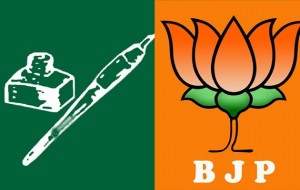 BJP’s founder and a nationalist leader Shyama Prasad Mukherjee had martyred himself in defiance of the constitutional provision of Article 370, allegedly a political folly of the first Indian Prime Minister Jawarharlal Nehru, as considered by many in the opposition then. To bring the state on equal footing with the rest of the states, the PDP and BJP forged post poll alliance shedding their pre-set political inhibition. The seasoned veteran leader of the valley, Mufti Mohammad Sayeed was chosen the Chief Minister of the state in order to steer the alliance and act as moderator to the Islamic hardliners in the valley.

The state was plunged once again into political conundrum with Sayeed’s demise, bringing the state under President’s rule. After vetting all the political equations and ramifications, Mehbooba Mufti, the daughter of late Chief Minister will take over as the Chief minister of Jammu and Kashmir, becoming the first woman to do so, in a state whose political landscape is topsy-turvy.