The present speaker of Lok Sabha, Sumitra Mahajan, is the second woman speaker in the Parliament since independence of the country. The first one being Meira Kumar. 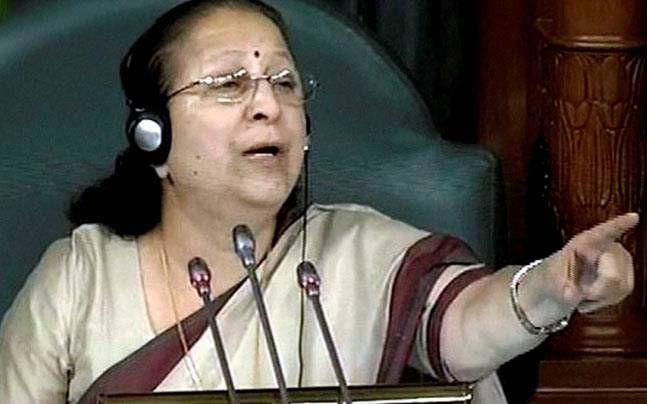 She started her political life at the age of 39 and became the deputy mayor and then an MP from Indore in Madhya Pradesh.

She was a minister of state in the Atal Bihari Vajpayee cabinet from 1999 to 2004, holding different portfolios of human resources, communications, IT, petroleum and natural gas.

A lawyer-turned-politician, Mahajan is known as being politically correct, having a trademark simplicity, honesty and clean image besides her impeccable winning record at the hustings.

An active parliamentarian, she has not only headed important committees, but has also been a keen debater and avid questioner inside the House, often seen putting ministers on the mat with her calm but firm interventions.