Hi friends. I am Kia. This is the story of my quest about the popping sound.

I was at my neighbors place, the Roy’s. They had asked me to look after their 10-year-old daughter – Oindrila, as they had an important doctor’s appointment.  Mrs. Roy had said that they would be back in 3 hours.

I played the cartoon movie ‘Kung fu Panda’, to engross Oindrila. As I had already seen the movie a number of times, I began feeling drowsy soon enough. I just leaned back on the chair and popped my knuckles (always do that when I feel lazy). Seeing me, Oindrila did that too. She was very happy to hear them pop. She tried doing it again, but it did not make any sound this time. I could clearly see that she was annoyed.

I was praying that she does not, but with a curious look on her face she glanced at me. And then came the series ofquestions that curious children ask. She went on and on – “Why did the fingers pop? Why didn’t they pop the second time? Does every bone pop? Is popping good?, and so on.

I was totally blank. To save myself from the situation, I immediately switched to the Internet to find out the reasons. This is what I found. 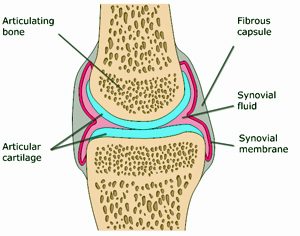 Structure of the joints.

Before explaning a 10-year old about the complexity of the topic, I thought it would be easier for me if I explain her, the bone structure.

Our bones meet at points called joints. Connective tissues and Ligaments hold two bones together. A fluid called the Synovial fluid surrounds the joints in our body.

It was a difficult term for a 10 year old, but nevertheless seeing her curiosity I continued.

The Reason for the sound 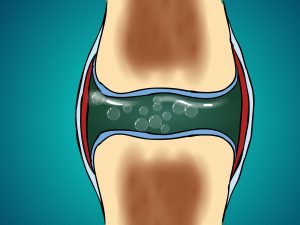 Cavitation – When we stretch, pull or bend our knuckles, we stretch and expand the joint portion and in turn the connective tissue is stretched too. The expansion increases the volume and thus decreases the pressure. A dip in the pressure of the synovial fluid makes the gases dissolved in less soluble (because with an increase in volume comes a decrease in pressure). Being less soluble, the gases form bubbles through a process called as Cavitation. Just like the bubbles form in a cola bottle when we open it (though that is not known as cavitation). The stretch further decreases the pressure, eventually getting the bubbles to burst.  This bursting of the bubble is what gives the characteristic sound of a pop.

Why didn’t they pop the second time?

It takes about 25 to 30 minutes for the gas to redissolve into the fluid. So during this period of time the joints don’t make the pop sound. After 20 minutes the cavitation process can take place again, so does the popping or cracking of the knuckles.

The joints that usually pop are the knuckles. But others like knees, ankle, back, and neck also pop.

There is a myth attached to it that, popping knuckles leads to arthritis. But, studies find no correlation between knuckle cracking and arthritis. One study however showed that cracking knuckle repetitively, might affect the soft tissue around the joint. It also tends to cause a decrease in the grip strength of the hand.

This explanation seemed to answer all of Oindrilla’s queries and she appeared satisfied. The doorbell rang; her parents were back. They thanked me and I took their leave, before Oindrila could ask me any more questions. But, thanks to her, now I too know the reason for popping of knuckles.