Home » Aside » The Raman Effect 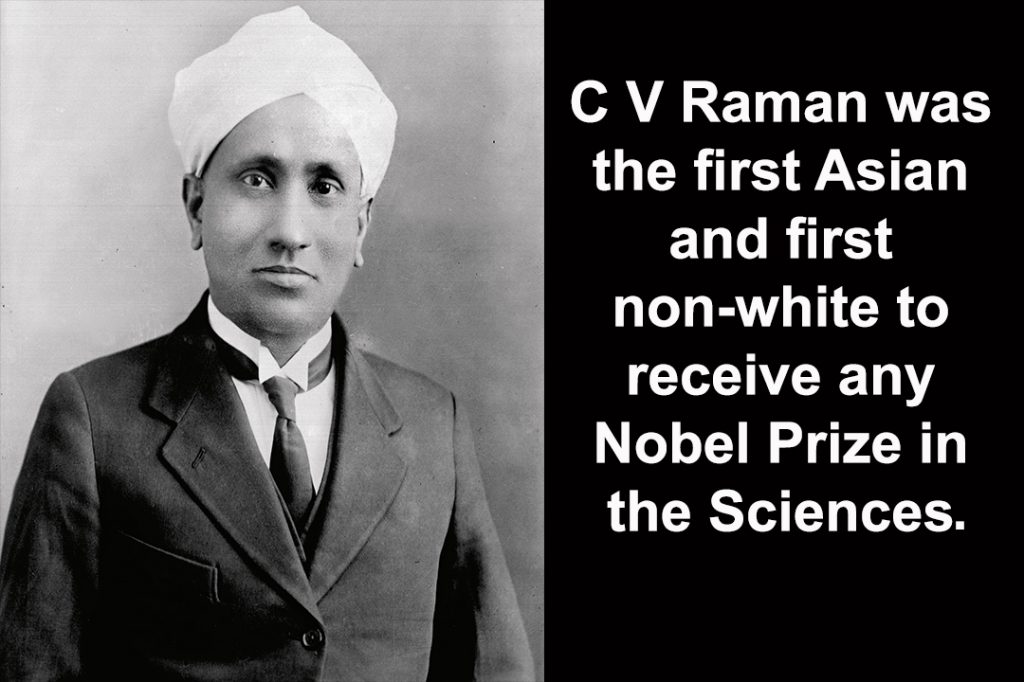 February 28, which is celebrated as the National Science Day in India marks the invention of Raman Effect by Sir CV Raman. It was the discovery of The Raman Effect that earned him the  Nobel prize for Physics in 1930.

Chandrasekhara Venkata Raman was born at Tiruchirappalli in Southern India on November 7th, 1888.

Raman attended School on a Scholarship at the age of 13. After schooling, he enrolled himself in the Presidency College, Madras and completed his MSc Physics from there. Thereafter, he wrote significant research papers in Physics.

CV Raman worked as a chief Scientist at MR Laboratories of Molecular Biology in Cambridge University.

Raman Effect is considered very significant in analysing the molecular structure of chemical compounds. According to Raman Effect, when light traverses in a transparent material, some of the light that is deflected changes its wavelength. This phenomenon is called Raman scattering.