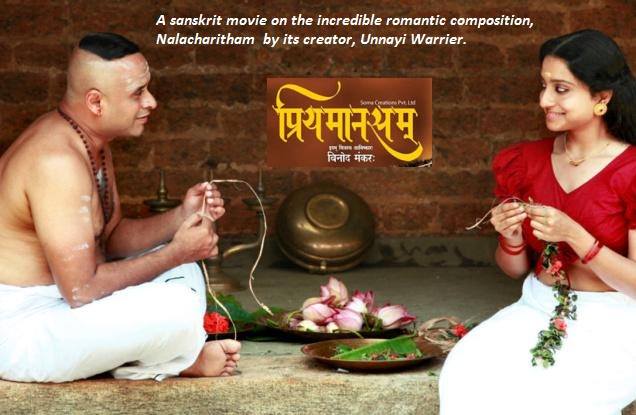 In the genre of Sanskrit Cinema, “Priyamanasam”, is a 90 minutes a movie based on the life of 17th century Keralite poet Unnayi Warrier.

The movie made in Sanskrit is being directed by award winning director, Vinod Mankara.

The movie depicts the hardships and mental turmoil that Warrier faced while he had penned his magnum opus “Nalacharitham“, a Kathakali play.

Priyamanasam is the first Sanskrit movie in almost two decades and only the third one till date. Previous two movies were made by the legendary director, G.V.Iyer who was known as “Kannada Bheeshma” (Bheeshma of Kannada).

The first sanskrit movie, released in 1983, was “Adi Shankaracharya” and it won four national awards at the 31st national film awards, including best film, best screenplay, best cinematography, and best audiography. The movie revolved around the life of Adi Shankaracharya, the 8th century Hindu philosopher, reformer and yogi who consolidated Advaita Vedanta and reformed Hindu society.